While Bratislava will collect the fee, Košice does not yet plan to do so. 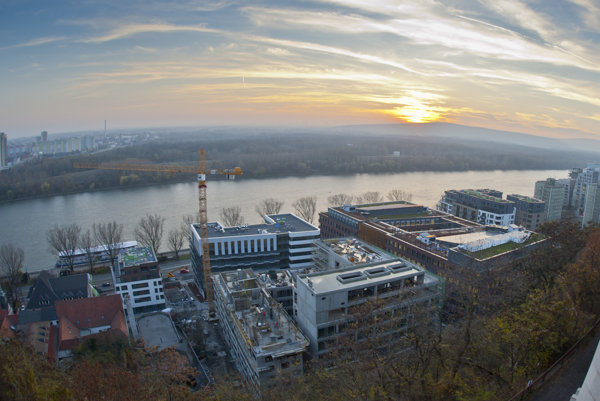 From the beginning of 2017, towns and villages in Slovakia can start collecting the so-called real estate development fee intended to help them build new infrastructure and provide amenities as well as prevent corruption. But due to very recent changes to the law, many towns and villages will initially see how it works in practice and only then they will ponder its introduction. Thus, while Bratislava is resolved to start collecting the fee from developers, the second biggest town, Košice, will not introduce it yet.

On December 7, parliament adopted a revision to the law on the real estate development fee effective as of December 31, 2016. It was prepared by a trio of deputies for the coalition Most-Híd party - Gábor Gál, Peter Antal and Péter Vörös. They proposed, and parliament also approved, scrapping of the fee on reconstruction and insulation of buildings. The only condition is that during such refurbishment of a building, its floor area will not change. Gál also proposed to remove the exemption on family houses up to 150 square metres from payment of the fee. He argued that exempting small family houses from payment of the fee was discriminatory especially in relation to builders of blocks of apartments. The latter were not able to enjoy such an exemption. 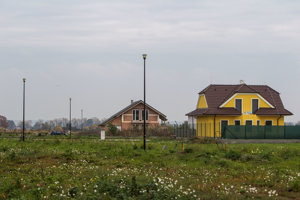 But at the impetus of one of authors of the original law, Igor Choma of the ruling Smer party, the revision introduced a so-called deductible item of 60 square metres. He argued that otherwise the new legislation would be unfair to smaller constructions. This means that a builder of a 100 square metre family house will pay the fee for only 40 square metres.

Simultaneously, projects serving sporting purposes such as sport halls, ice or football stadiums will be exempt from payment of the fee too. Also builders of greenhouses up to 1,000 square metres will not be obliged to pay the fee. MPs also reduced the minimum fee from €10 to €3 per square metre of the floor area of a building. The maximum fee remained at €35.

The Most-Híd deputies now see the law as more balanced and more user-friendly for municipalities, in practice.

“By this law we wanted to serve the public, not groups of lobbyists and developers,” said Gál.

Juraj Suchánek from the Institute of Urban Development (IUR) representing builders and developers, welcomes the changes leading to charging the fee only for actually built floor area. On the other hand, the revision has brought new exemptions that may lead to requiring additional exemptions.

“I evaluate positively scrapping of the unsystematic exemption for family houses up to 150 square metres,” Suchánek told The Slovak Spectator.

But he sees the introduction of the so-called deductible item as completely illogical as it again prefers building of family houses that are more demanding in terms of new infrastructure, to building blocks of apartments. This is because this item when applied to, for example, a building with 20 apartments, makes up only 3 square metres per apartment.

The revision also does not solve the biggest problem in the law, according to Suchánek. This concerns the threat that a municipality will require from a builder two payments – the real estate development fee and simultaneously financing of, for example, a new kindergarten or reconstruction of a crossroad within so-called induced investments.

Bratislava yes, Kosice not yet

Contrary to Bratislava, for now, Košice will not collect the fee.

"During the time being it is not necessary [to introduce the fee] from the viewpoint of the city," said Jozef Marko from the press department of the Košice city council as cited by the online version of the Trend weekly. But in case there is a need in the future, they will introduce it.

Now it is up to individual districts what rates they will adopt. They plan to discuss the respective regulation during future sessions, most probably in February. For example, in Dúbravka they plan to respect rates proposed by the city council, but in Ružinov they plan to introduce the maximum rates. In Dúbravka, according to its spokesperson, Lucia Marcinátová, they expect that the fee will bring in about €300,000-€400,000 annually depending on the projects. The Nové Mesto borough estimates revenues from this fee at an even higher sum – more than €0.5 million. In Karlova Ves they estimate that the fee could net them about €200,000.

The boroughs plan to invest the collected money into roads, footpaths, public space, schools and kindergartens, while the law sets what municipalities can spend the collected fees on.