The presence of falcons in the cities means that winter is coming. 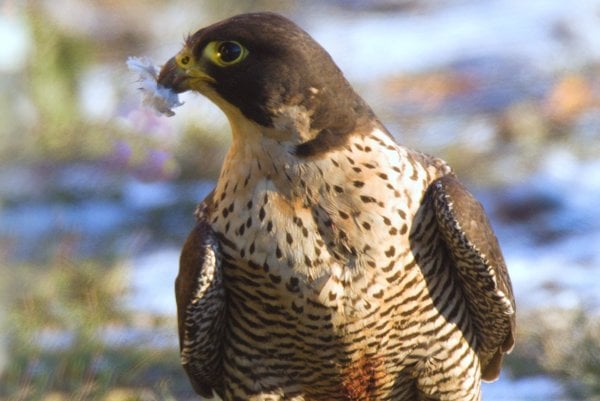 One falcon nests at Incheba, another one spends the winter at Tower115, the third one “fell in love” with blocks of flats in Petržalka and another at St. Martin’s Cathedral.

Peregrine falcons from northern Europe overwinter in the cities every winter.

“We have observed the presence around Bratislava’s buildings since 2005,” said Jozef Chavko from the organization Ochrana dravcov (Bird of Prey Protection). 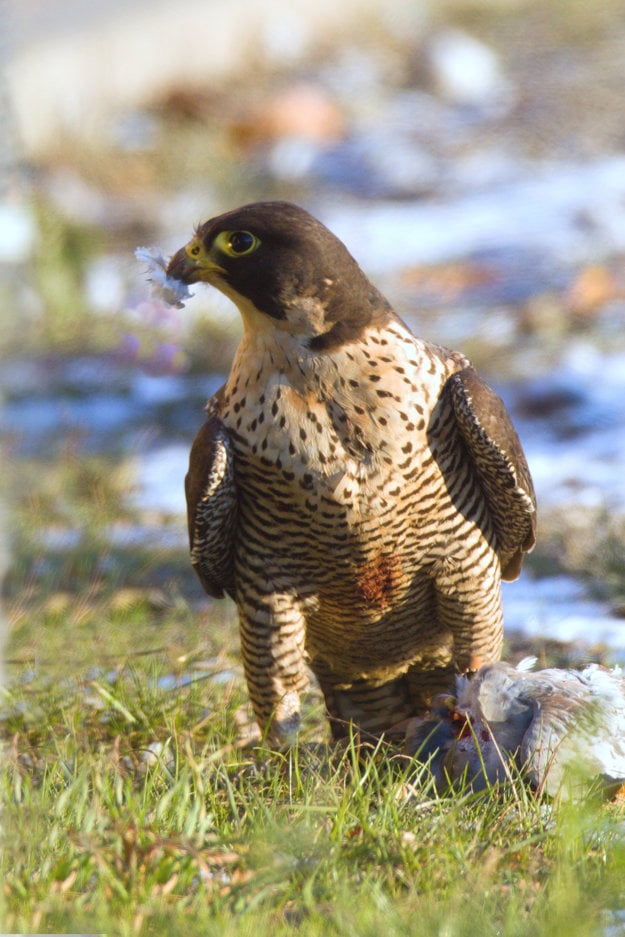 “Sometimes we are lucky to see a ring on a falcon’s leg and discover from which country it origins,” Chavko explains.

They usually stay in Slovakia until the end of April.

Peregrine falcons are an endangered species. Forty years ago, a pair nested in Slovakia that seemed to be the last. Thanks to several projects of protection realized in Germany, falcons came back to Slovakia.

“Falcons from the north usually stay near water-reservoirs or waste dumps. They hunt gulls or pigeons,” added Chavko saying that concentration of food in the cities is a reason why they move near human habitations.