December poll shows some changes in the balance of power on the Slovak political scene. 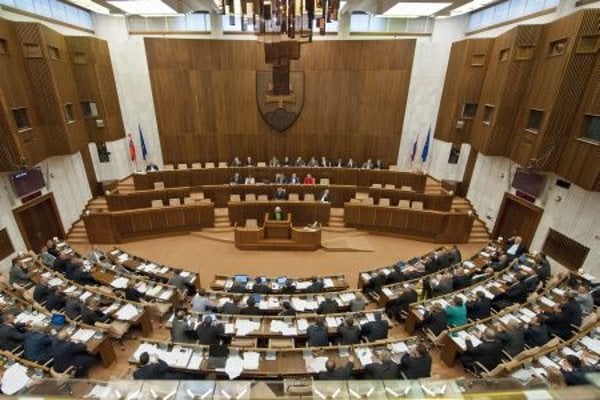 The seats would be distributed differently, had the election taken place in mid-December. (Source: TASR)
Font size:A-|A+

Had the general election taken place in mid-December, it would have been won by Smer with 27.7 percent of votes, according to a poll conducted on behalf of the SITA newswire by the Polis agency.

The opposition Freedom and Solidarity (SaS) party would have ended up second with 15.9 percent of votes, followed in descending order by the far-right People’s Party Our Slovakia (Kotleba-ĽSNS; 11 percent), the Slovak National Party (SNS; 10.6 percent) and OĽaNO-NOVA (9.5 percent).

Among the parliamentary parties there would also have been Sme rodina (We’re Family; 7.7 percent), Most-Híd (6 percent) and the Christian-Democratic Movement (KDH; 5.5 percent), the TASR newswire wrote.

The Ethnic-Hungarian SMK would have garnered only 4 percent – insufficient for making it to parliament: the required threshold is five percent. The Communist Party of Slovakia (KSS) would have gathered above 1 percent of votes, whereas other parties would have seen 0.9 percent.

The voter turnout would have been 61 percent. The poll was carried out via phone calls, between December 11 and 20 on a sample of 1,275 adult respondents.