Sagan is exceptional – even on a postage stamp

2016 brought a special postage stamp to Slovakia: Instead of a historical personality, it features an athletic star, Peter Sagan. 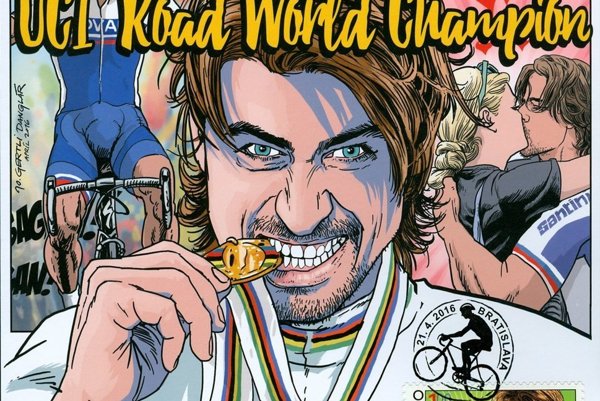 „It is an honour for me to have a stamp,“ Sagan said for media when it was inaugurated in April. “I have never thought about that. The offer came as a surprise to me last year and I was very glad that the proceeds from the stamp will go to children at the cycling academy Akadémia Žilina. It is great that one can thus help the younger generation,” Sagan said for the Slovenská pošta state post.

Until recently, it was not possible for a living person to appear on a postage stamp, except for incumbent rulers and statespersons. For a person’s social and historical importance and for the stamp to be issued, its memory had to first be forgotten and covered by dust – at least for ten years.

The inconspicuously small piece of paper could have caused real uproar, if the person got discredited – be it during his or her last breath. Thus, it was impossible to appear on a stamp sooner than ten years after death; save for the presidential position. Top statespersons were an exception.