Slovak carmakers are heading to another record

Car manufacturers in Slovakia reported a breakthrough last year, making over 1 million cars for the first time ever. 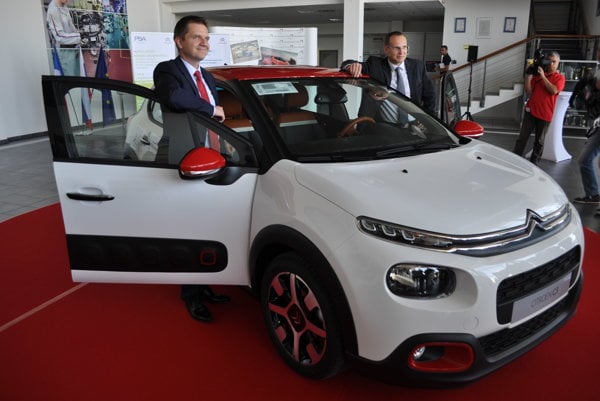 Preliminary figures indicate that a new record for number of cars made could be made this year. “There is a great precondition for that. When the year starts well, that development usually continues,” analyst of the Slovak Automotive and Technology Forecast Institute Martin Jesný said, as quoted by the Hospodárske noviny economic daily.

Figures for the first half of 2016 show that Volkswagen in Bratislava, PSA Peugeot Citroen in Trnava, and Kia Motors Slovakia in Žilina all beat numbers from last year.

The final numbers for this year have not been published yet, but already the ending year can be evaluated as successful – and potentially also a record-breaking one.

However, it cannot be ruled out yet that last year’s record will remain intact, Jesný added. The crucial thing is, according to him, that all plants are using their full capacity.

The upcoming months also bring big hopes for carmakers, especially Volkswagen and Peugeot, where hundreds of new employees will be hired.

German carmaker Volkswagen has been employing more than 10,800 people in Slovakia, thus beating even the U.S. Steel Košice as employer. "In the first half of 2016, we produced more than 204,000 cars," the carmaker’s spokesperson Lucia Kovarovič Makayová told the daily, adding that it is 2,000 more than for the same period of record last year. The biggest hits are SUV models – Volkswagen Touareg, Audi Q7 and Porsche Cayenne. Most cars are exported to Germnay, followed by the USA and China.

The new Citroën C3, introduced only a few months ago, will be produced in Trnava. Thus, the plant is hiring new people and plans to introduce a fourth shift for the weekend starting January 2017, its website claims. Thanks to the new model, tens of thousands of more cars annually are expected to be produced.

The Žilina-based carmaker Kia is the only car company in Slovakia that is not building halls or recruiting new people but it still can draw attention with its plans: next year, its investments should double compared with 2016, from €60 million to more than €130 million. The reason is, according to HN sources, the launch of a new generation of Kia Cee’d which should revive the sale of this car type.

After Kia’s export to Russia slumped markedly, the situation was saved by an increased demand on European markets. Thus, the plant made its new half-year record, almost 178,000 cars – about a 5 percent increase against the record year 2015. The biggest credit goes to the SUV model Kia Sportage, which became a European bestseller and defended the position of the most-produced model of the plant, according to vice-president of the production division of Kia Motors Slovakia KyongJae Lee.