The biggest health insurer in Slovakia has escaped forced administration

The Health-care Surveillance Authority (ÚDZS) has approved a revival plan submitted by the state-run health insurer Všeobecná Zdravotná Poisťovňa (VšZP), which is expecting a record loss this year.

“The authority has concluded that the proposed measures represent realistic prospects for the gradual elimination of unfavourable economic developments,” said ÚDZS spokesperson Andrea Pivarčiová, as cited by the TASR newswire.

If the authority had refused the plan, it would have meant a forced administration for the biggest insurer in Slovakia. Now they will have to submit regular reports regarding their success in meeting the set austerity measures to the authority.

Based on the revival plan the insurer wants to save more than €115 million through self-imposed austerity cuts and obtaining additional financing of €150 million. 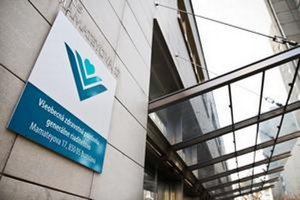 VšZP general director Miroslav Kočan expects VšZP’s loss at the end of 2016 to stand between €225-250 million. The proposed austerity measures, for instance, in the sphere of medicine and special health material expenditures, should reduce the loss to €180 million in 2017.

VšZP has found itself in the red since August when it revised the process of drafting and registering its technical reserves. In 2015, VšZP officially recorded a profit of €17.6 million, but the current management has said that it actually ended the year with a loss. Former VšZP director Miroslav Vaďura denies this.

VšZP has never before seen such a loss. The biggest loss it has registered previously was more than €120 million, in 2010.