Reduction in penalties for lack of technical and emissions checks

Drivers currently face penalties up to the amount of €330 for the omission of technical and emissions inspections. 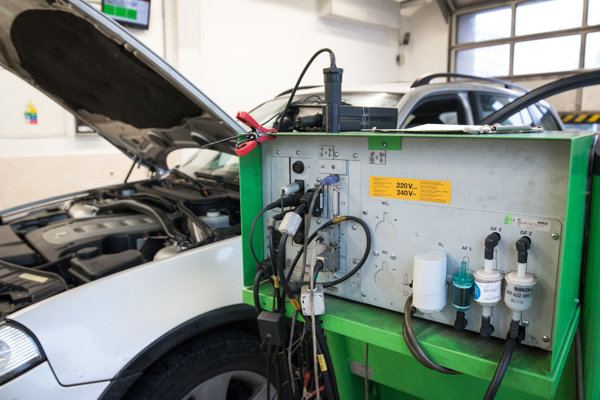 Penalties for missing or invalid emission and technical inspections of vehicles should decrease in Slovakia. The Transport Ministry plans to introduce an amendment to the law reducing penalties in early 2017, the TASR newswire reported.

In addition to the changes in penalties, the ministry wants to liberalize the inspection stations’ market, increase their number and eliminate long waiting times for such inspections, according to Transport Minister Árpád Érsek and the Ministry’s State Secretary Viktor Stromček. While the ministry’s authorities do not aim to give penalties to drivers, safety on the roads cannot be ignored, but for now they do not know the exact amount by which the penalties will drop.

The ministry plans to educate drivers registered in the information system which warns them, without charge, that they need a technical or emissions inspection for their vehicles. The amendment should also deal with the issue of extending time limits for the inspection of tractors, trailers and motorcycles, or in some way waive them completely.

The forthcoming liberalization of the market should allow the establishment of such stations for everyone who meets the requirements prescribed by the law. Currently the state regulates the number of such stations in the regions, and increases the number only when an individual region lacks a capacity of more than 50 percent and it is felt that the law should abolish this regulation.

“This means that if some car services want to extend their additional services, they will be able to do it,” said Stromček, as cited by TASR, adding that drivers have mainly complained about long waiting times for inspections.

However, Stromček pointed out that each station will still be subject to significant control of the necessary technical and material provision including certified staff trained by the training system. If a station does not comply with the law, its licence will be withdrawn, Stromček said.

“We first changed the law on technical inspection centres with a significant strengthening of supervision and control, and today, for example, all the centres have mounted cameras,” said Stromček, as quoted by TASR.

Up to now drivers face penalties for omitted technical or emission control in the amount of €165 for each one, thus they could pay up to €330 altogether, the Sme daily reported.