The problem pertains to a disagreement over signing the document that sets the statute of a representative. 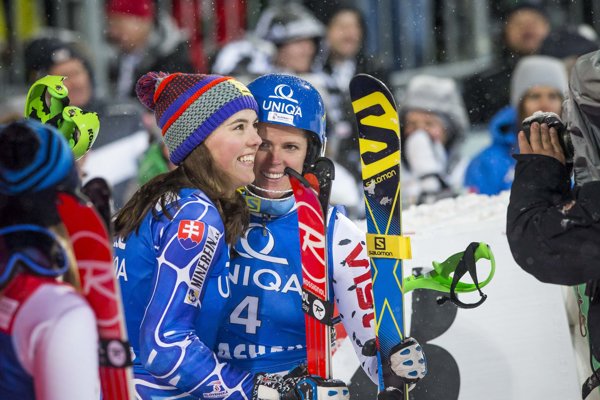 The successes of Slovak female ski representatives Veronika Velez-Zuzulová and Petra Vlhová may be overshadowed by a recent offer from the Slovak Ski Association (SLA).

Only a day before Christmas, they received an email asking them to sign a document that defines the statute of a representative, which they disagree with, the Sme daily reported.

“The statute of the representative is a basic document that needs to be signed by every representative of SLA and is based on the basic rules of the International Ski Federation (FIS),” reads the report, as quoted by Sme.

If they refuse to sign it, they may face sanctions, including a ban on representing the country at all events organised by FIS.

The document was to be signed until December 27, 2016, at the time the Slovak ski representatives were preparing for the world cup races in Semmering.

“SLA knows how to please me and Petra [Vlhová] at Christmas,” Velez-Zuzulová ironically wrote on her Facebook profile, questioning when this all will end and she would be able to fully devote her time to her sport. “Luckily, I really love sports, because this is really only for the strong stomachs.”

However, nobody has said what is problematic about the statute.

There have already been similar disputes between the skiers and SLA. One of them concerned placing the logos of sponsors on the athletes’ suits.

“These are topics that should be solved before the season, and not under pressure,” Velez-Zuzulová said, as quoted by Sme. “Nobody from the SLA has been interested in the conditions under which we prepare and compete in the current season.”

Meanwhile, Olympic winner and race walker Matej Tóth, who is also a member of the Slovak Olympic Committee, supported Velez-Zuzulová and Vlhová, as well as other skiers.

“We disagree with the representatives being hostages of SLA, especially when the participation in the state representation at important competitions is the main public interest, as defined by the law on sports,” Tóth said, as quoted by Sme, adding they do not want to solve the dispute, but protect the interests of athletes.

Timotej Zuzula, father and coach of Velez-Zuzulová, meanwhile said that the document on the statute is disadvantageous. SLA does not participate in the preparation of the representative and does not cover the travelling costs related to participation in World Cup races, he added, as reported by Sme.

SLA head František Repka, however, does not understand the hysteria about the document, saying that it is only the translation of FIS regulations that need to be respected by every ski association in the world. He called it a formality, Sme wrote.