The exclusive opinion poll of the Focus agency conducted for the Sme daily in December evaluated the popularity of party chairmen among the population. 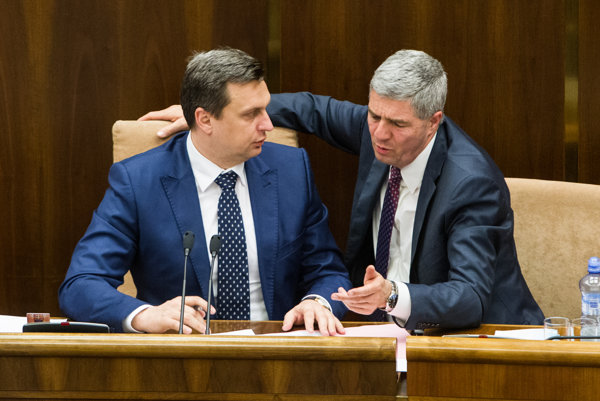 Although Prime Minister Robert Fico is liked by most of his party, Smer's voters, sympathisers of other parties do not see him as the most likeable politician. This title goes to the chairman of another coalition party, SNS, Andrej Danko who is also the speaker of parliament. A total of 42 percent of those polled see him as the most popular, followed by Béla Bugár of the coalition Most-Híd party, opposition leaders Richard Sulík (SaS), and Boris Kollár (Sme rodina / WE Are Family). Fico ended up fifth, with 33 percent of the votes.

The least popular politician is Marian Kotleba of the Kotleba-ĽSNS extreme right party, according to the poll published on December 29.

Fico cannot lean even on the support of voters of his coalition partners, SNS and Most-Híd. In a curious situation, SNS voters find the chairman of the Hungarian-Slovak reconciliation party that represents a huge chunk of ethnic Hungarian voters, Most-Híd – Béla Bugár – the second most likeable politician. And likewise, Most-Híd voters determined Danko as the second most likeable politician, after Bugár.

Fico’s popularity shrunk by 3.4 percentage points, compared to June polls. Political analyst Grigorij Mesežnikov opined for Sme that both Fico and his Smer party are past their prime time. He likens the party to the once-famous HZDS of Vladimír Mečiar who was three-time prime minister; but after a gradual decline in popularity that lasted for several years, the political party ended up out of parliament after the 2010 general election.