Almost all Slovaks celebrate Christmas; but almost half of them do mind the commercialisation and stress connected with the holiday. 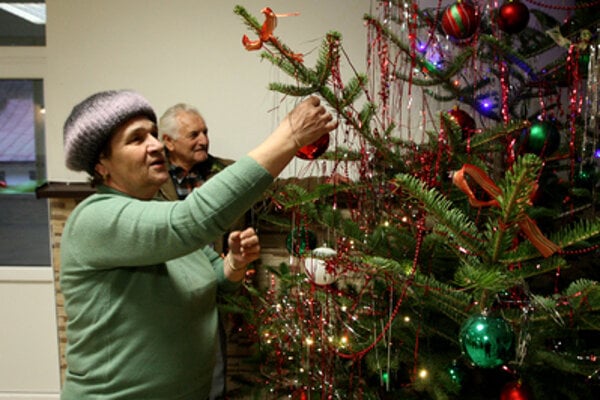 Unsurprisingly, women look forward to it more; while festive meals and drinks are slightly more enjoyed by men (55%) than women (53%). A total of 95 percent people in Slovakia celebrate the holiday, but 49 percent are unhappy with the material focus and commercialisation connected with it, the GfK poll, cited by the SITA newswire, found. The poll was conducted in November, on a sample of 1,000 respondents aged 15 to 79.

People are also disgusted by crowded shopping malls – men slightly more so than women. GfK also found that 36 percent of those polled do not like the Yuletide season because it is financially demanding. One-fifth of Slovaks minds pre-Christmas stress and excessively early Christmas decorations; in this case women are more dissatisfied than men.

On the other hand, what people like most about the holiday is the free time spent with family and friends (77 % of respondents), the atmosphere, songs, TV programmes, and also meals and drinks.

Almost one half of respondents – i.e. 48 percent – enjoy the fact that people are nicer to each other during Christmas and more than two-fifths are looking forward mostly to presents.