Roads are covered by snow, firefighters help with several accidents. 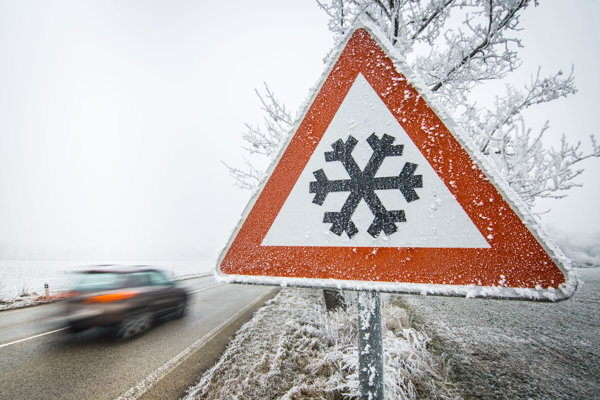 Falling snow complicated the transport situation at several sites across Slovakia on January 4.

In the Orava region in northern Slovakia, two avalanches fell in the morning hours, blocking the road and railway tracks between the villages of Kraľovany and Párnica. It was cleared only shortly before the noon, while the railway company announced it plans to soon restore transport on the tracks, the Sme daily reported on its website.

Also several sections of the D1 cross-country highway and R1 express double-carriageway have not been cleared. The maximum speed has been lowered at several sections of D1 to 80 kilometres per hour. Some mountain crossings have been closed to trucks, Sme wrote.

Due to the bad weather conditions, the number of road accidents has also increased, which in some cases required the help of firefighters, said Zuzana Farkašová of the Fire and Rescue Services (HaZZ). They have helped in all regions but Prešov and Košice, as reported by the SITA newswire.

Meteorologists issued warnings against drifting snow across Slovakia, except for the districts of Bratislava and Trebišov.

In addition, the Slovak Hydrometeorological Institute (SHMÚ) warns against strong wind in western, northern and south-eastern Slovakia, while in the Čadca district there is also a threat of ice floods, the TASR newswire reported.

The Centre of Avalanche Prevention of the Mountain Rescue Service plans to increase the warning against avalanches in the High and Western Tatras and Lower Fatra to the third level on five-grade scale, TASR wrote.