MFA published documents on presidency events on its site

But a non-affiliated MP warns that none of them disprove accusations.

The Foreign Affairs Ministry published the copies of documents it provided to members of the parliamentary foreign affairs committee who carried out a deputy survey in early December 2016. It focused on the suspicions of an allegedly overpriced gala at which the EU Council presidency logo was introduced.

“Except for oral answers and explanations, the members of the committee received on December 15 also extensive, 200-page documents in which the Foreign Affairs Ministry answered all questions and provided additional documents and statements corresponding with the requests of deputies,” reads the website of the Foreign Affairs Ministry, as quoted by the SITA newswire.

Due to the interest of the public, the ministry decided to published the copies of all documents sent to the foreign affairs committee, as it informed on its website. 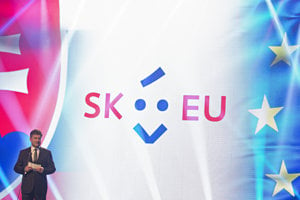 Shortly after the deputy survey, member of the foreign affairs committee, non-affiliated MP Miroslav Beblavý, said that the ministry has not shown any crucial documents. He also claimed that the ministry had refused to reveal other companies that attended the competition to organise the gala except for Evka, which won it, or the details about the selection process.

“The ministry has not disproven any claims of Zuzana Hlávková,” Beblavý said back in December, as quoted by SITA, referring to the former Foreign Affairs Ministry’s employee who, together with ethics watchdog Transparency International Slovensko, pointed to the dubious practices concerning the cultural events linked to the EU presidency.

The available information proves that the gala introducing the logo was not transparent and was prepared wrongly, Beblavý added.

The Foreign Affairs Ministry rejects Hlávková’s accusations and has turned to the Public Procurement Office, the Supreme Audit Office and the Antimonopoly Office to check the case.