Epiphany, or Three Kings’ Day is one of the oldest Christian holidays

Christians all over the world, have commemorated the holiday of the Apparition of Lord – Three Kings’ Day, since the 3rd century. Thus, it is one of the oldest Christian holidays in Slovakia. 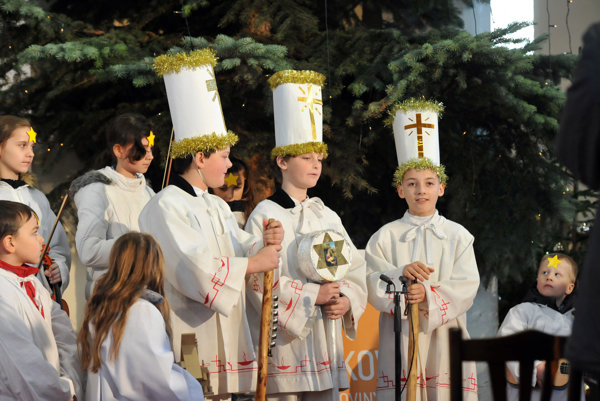 Celebrated on January 6, this is the day when the Lord God showed his son, through the light of a star, to all nations, the TASR newswire wrote. In the Roman-Catholic Church, this is a commanded holiday focused on the arrival of Three Magi from the East to Bethlehem, bringing their gifts to pay tribute to the newborn Jesus Christ. The Three Magi, or Three Kings, Gašpar (Gaspar), Melichar (Melchior), and Baltazár (Balthasar) were led to him by the light of the Bethlehem star. Thus, the three are traditional figures in so-called Bethlehems, i.e. Nativity scenes that are so popular during the Christmas season in Slovakia. On January 6, priests consecrate the Epiphany water, during special masses, with salt, chalk and thyme. In several churches, concerts or specially themed plays are performed in the afternoon or the evening.

In the past there was the tradition of priests’ carolling, when they used to go around local houses and consecrate them – with holy water and frankincense – and mark the doors of houses already visited with G. M. B. – considered to be the names of the Three Magi, In some places, especially in the countryside, this ritual has been preserved to the present day.

In the past, believers also commemorated the baptism of Jesus in the River Jordan on January 6. Since 1969 however, this event is celebrated separately on the Sunday following the Epiphany within the western rite of Christianity.

In the Byzantine-Slavonic rite (as well as in other eastern rites), the baptism of Jesus Christ is celebrated together with the Apparition of the Lord and the Holy trinity on the original date, January 6.

Moreover, the Christian religions of the eastern rite celebrate the Three magi paying respect to Baby Jesus on the day of his birth, December 25.

Not to make it too easy, the Orthodox Christian believers who stick to the older, Julian calendar, begin their celebration of Christmas on January 6, according to TASR.