A new seasonal charter flight adds to the list of flights focusing on bringing more people to the Tatras. 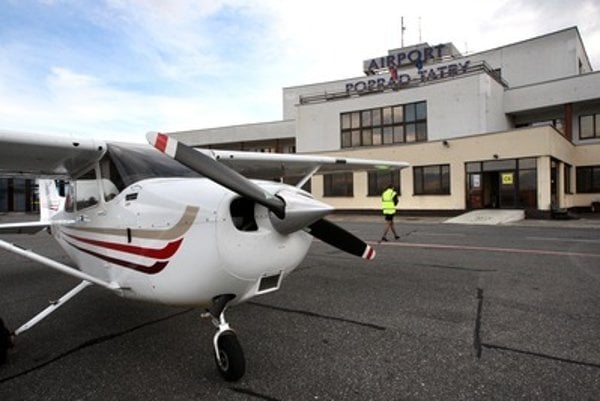 The winter charter flights season at Poprad airport was launched with a novelty, a direct flight between the city and the Ukrainian capital, Kiev. With the first flight made at the end of December, a total of ten flights are planned for the 2016/2017 winter season, the SITA newswire wrote on January 5.

“This is a pilot project, but according to our information, Ukrainian tourists are interested in packages of stays in the High and Low Tatras,” head of the Letisko Poprad–Tatry company, Ivana Herkeľová, told SITA. “So far, the flights are selling well, though the March dates have not all sold yet,” she said, adding that the new charter flights are focused on incoming, i.e. transporting tourists from Ukraine to Slovakia. The line is operated by the Bravo Airways company, with a Boeing B737-500 plane with a capacity of 114 seats. The first tourists arried in Poprad on December 29.

For the third year the regular winter line Riga – Poprad, operated by the Latvian company airBaltic, continues to function. This year, it flies once a week on Saturday, in the months of December to March, still focusing on incoming traffic, bringing tourists from the Baltics, Russia and Scandinavia to the Tatras, Herkeľová informed.

The 2015/2016 winter season saw 28 charter flights that transported 3,085 passengers, an increase in more than 1,200 people against the previous season, according to Herkeľová.

The Poprad airport also offers a year-long connection with the London Luton airport, by the Wizz Air company, four times a week in winter (February-March), and three times a week for the rest of year.

The airport lies 718 metres above sea level, and is one of the airports at the highest altitude in central Europe. It is situated about 200 metres from a highway junction connecting the city of Poprad with the Tatra Mountains, with the distance between the airport and popular ski resorts being only several kilometres, and car ride ranging from 15 to 45 minutes, according to SITA.