After failed negotiations with their employer, workers of the engineering company PPS Group Detva will go on strike. 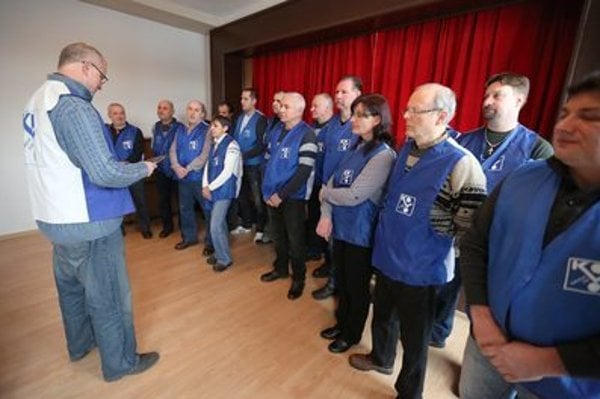 The employees were not able to agree with employer on some points of the collective agreement, trade union boss Stanislav Ľupták told a news conference on January 4.

The strike is due to start at 6:00 am on Monday, January 9, with employees gathering in front of the plant’s entrance.

The decision was made based on the results of a strike vote, Ľupták said, as quoted by the TASR newswire. Almost 87 percent of the 800 employees of PPS Group Detva participated. Of these, 97 percent agreed to a strike and stated that they would fully support it.

A salary increase was the biggest bone of contention to emerge during the negotiations on the collective agreement. Ľupták said that the trade union accepted the employer’s original proposal from July 2016 amounting to a 7 percent increase. “However, the employer later described its own original proposal as a mistake, changed it to 1.5 percent and refused to retreat from that,” he said. During the most recent negotiations the employer offered an additional 1.5 percent as of January 1, 2018.

PPS Group spokesman Ľuboš Schwarzbacher said that the employer has been accommodating concerning most of the collective agreement’s points, so it would be glad if the trade union would accept its offers on certain points in return. “A mediator himself saw how realistic our compromise proposal was to increase salaries by 1.5 percent and by an additional 1.5 percent in 2018,” the spokesperson said.

However, Ľupták claims that individual proposals in the draft collective agreement offered by the employer were very low in order to provide the employer with scope for compromises. The trade union does not want to abandon its demand for a 7-percent salary hike, believing that the company can afford even higher salary growth with regards to the current situation and the volume of orders.

Schwarzbacher denied this, stating that the company could only afford such a salary increase if it laid off dozens of people and productivity were improved. According to him, the strike is not a good external signal either, as it would only harm the firm's credibility in the eyes of its customers.

As no negotiations with the employer will be held until January 9, Ľupták said that it was highly probable that the strike will go ahead. “It would be the first ever strike for higher salaries to take place at PPS,” he noted, calling on the PPS Group management to reconsider its position.

“We have made a huge effort to negotiate the collective agreement and to sign it sufficiently in advance,” Schwarzbacher said, as quoted by the SITA newswire. “Thus, we wanted to avoid the annual repetition of the situation when representatives of the OZ KOVO labour union in Podpolianske strojárne spread negative images of the company in the media, and artificially increases social tension.“ Schwarzbacher said that 13 points of the new collective agreement have been left open, with unionists refusing any debate on the proposal for solutions. “They already came to the negotiations with the notion that the strike has been approved by employees, and they perceive the proceeding before the mediator only as the fulfillment of the legal administrative duty before the strike can be announced,” he added. The average salary in the plant was €974 last year and, adjusted without management salaries, the average in production was €925, Schwarzbacher summed up for SITA, adding that the PPS Group shareholders and management consider the announcement of the strike illegal.