Kaliňák: Corruption in top politics cannot be prosecuted; it does not exist

Kaliňák says his words were taken out of context, but that Slovakia has improved regarding corruption in recent years. 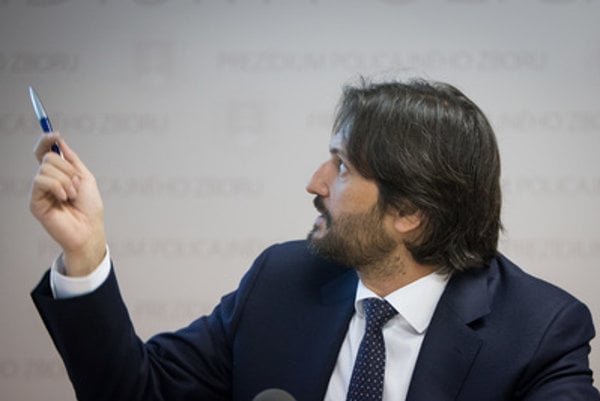 Slovakia will not see investigation of corruption among the highest political circles in 2017, as this socially undesirable phenomenon does not exist among political leaders, Interior Minister Robert Kaliňák said. However, the ministry later said he was misquoted by the media and his words were taken out of context.

“Give me one example from last year of corruption taking place on top political floors,” Kaliňák said at a press conference on January 4. “Tell me, please, at least one. You don't know? It didn’t happen. Neither you nor I have such information,” the minister said, as quoted by the TASR newswire.

“I think that the president doesn’t have completely accurate information,” Kaliňák commented. “Neither him, nor me, nor any other politicians are investigators. It’s a huge error to simply project news stories into reality, because they’re false, as has been confirmed in the case of certain scandals,” he added.

The situation in the fight against corruption has changed significantly for the better in recent years – according to the interior minister – as plenty of anti-corruption and other measures have been adopted.

“This means that the situation has dramatically improved, and I’m not sure what areas and what exactly the president had in mind now,” said Kaliňák, adding that no one should make judgements in place of those who are entitled to do so.

Responding to Kiska’s reproach that investigations into certain cases take far too long, the interior minister said that investigation is not a competition, and that the police have been capable of concluding some cases even after 17 years.

“Some cases simply need more time, some less, but that’s the principle, and we’re ready to investigate each case in detail so that you’ll have all the relevant information and you can assess whether the police have done enough or not in a particular matter,” he said.

Kaliňák sees the media as being behind the negative public sentiment concerning the corruption issue. “The media are creating a [negative] mood and are constantly reporting on invented, distorted or false cases, and we have to start fighting that this year,” he said.

Slovakia placed between 50th and 53rd place in the perception of corruption for 2015, in the Transparency International chart – sharing these places with Croatia, Hungary and Bahrain. It is the fifth worst place in the EU, being followed only by Greece, Romania, Italy and Bulgaria. However, Kaliňák thinks that the country’s position is improving, as in 2010 Slovakia was the worst EU country, at 66th place of the chart.

After the media coverage of Kaliňák’s press conference and corruption statements, the Interior Ministry has objected to the way some journalists interpret the fight against corruption, it wrote in a press release on January 5. Kaliňák has, according to the press release, never said that corruption does not exist in Slovakia.

“It is unfair, purposeful and not true to claim that corruption is not fought against in Slovakia,” the ministry wrote, adding that the same goes for the claim that the Slovak situation with corruption in 2016 is unsustainable.

The country has improved in 16 places in the TI chart since the rightist government of Iveta Radičová. The ministry also explained the context of Kaliňák’s statements as answers to journalists’ questions.