Slovakia faces a brain drain as well as a demographic crisis 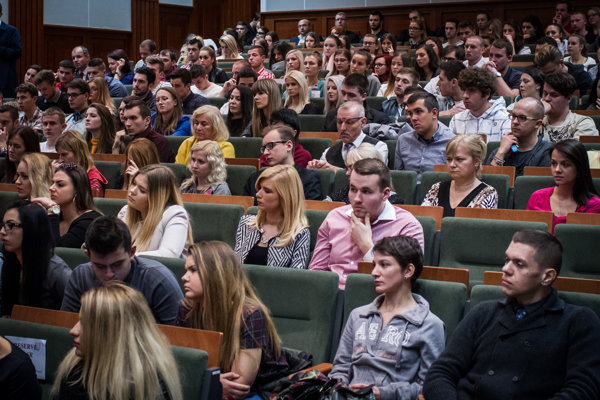 Along with the demographic crisis Slovakia is facing a brain drain, with a significant portion of its university-educated youth leaving the country. The Institute for Financial Policy (IFP) running under the auspices of the Finance Ministry, has analysed Slovakia's brain drain for the last 15 years.

It estimates that about 300,000 people have left Slovakia in that time. This accounts for almost 5 percent of the total Slovak population with more than half of those leaving under 30 years old. It based its estimates on the registers kept by health insurance companies. In Slovakia health insurance is compulsory but those who leave the country usually de-register with their insurers.

“Between 2010 and 2013 more than every tenth full-time student graduating from university left the country," write IFP analysts. "Every year 20,000 full-time students complete their second degree. Based on data from 2010 to 2013, 12-14 percent of graduates leave Slovakia after finishing university. This means that the state has lost yearly €44.8 million invested in university education."

Students of medicine and technical universities make up the biggest proportion of those leaving.

“Among the five faculties with the biggest percentage of students who leave to work abroad are three medical faculties," the analysis reads. "Technical faculties – engineers from aeronautics, metallurgical and mechanical engineering faculties in Košice dominate the rest of the chart.”