Employees striking over disagreements with the proposed salary increase, among other things. 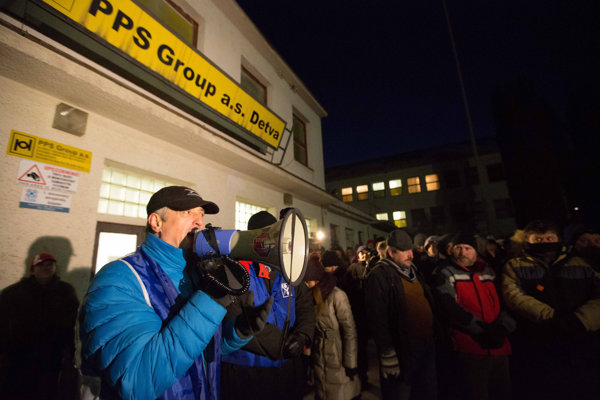 Employees of engineering company PPS Group Detva (Banská Bystrica Region) went on strike as of January 9, as they have been unable to agree with the employer on some points of the collective agreement for 2017.

Around 700 of its 800 employees gathered in front of the factory on January 9. All of them had signed up to strike, trade union representatives informed, as reported by the TASR newswire.

The strike continues as the representatives of the trade unions have rejected the proposal of the company’s management to hike the salaries by 3.5 percent, the public-service broadcaster RTVS reported on January 10.

About 10 points of the collective agreement remained problematic, explained the trade unions when talking about the reasons for striking. These include the demands of trade unions for severance payments beyond the Labour Code, security breaks, time for hygiene, mass holidays of employees in 2017, as well as creation and drawing money from the social fund, as reported by the SITA newswire. 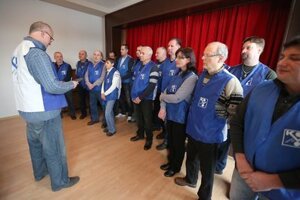 Another problem is the salary increase, the trade unions claimed. They accepted the employer’s original proposal from July 2016 amounting to 7 percent, said chair of the trade unions in PPS Group Stanislav Ľupták.

“However, the employer later described its own original proposal as a mistake, changed it to 1.5 percent and refused to retreat from that,” he added, as quoted by TASR.

The employees earn €925 a month on average, according to media reports.

“We have made a great effort towards discussing the collective agreement and signing it early,” said PPS Group’s spokesperson Ľuboš Schwarzbacher, as quoted by SITA, adding there are some 13 points open in the new agreement.

The strike was organised based on a vote of the PPS Group’s staff in December 2016, with 87 percent out of the 792 employees taking part in the vote. The action was backed by 97 percent of those who voted.

Schwarzbacher claimed that the trade unions have rejected any discussion on solutions and came to the meeting saying that the employees had already approved a strike, as reported by SITA.

As for the strike, the company claims it loses some €200,000 for every day of the strike. It may also lose its reputation and even customer orders, RTVS informed.