They say the hospital refuses to provide relevant documents, but the facility’s administrator denies it. 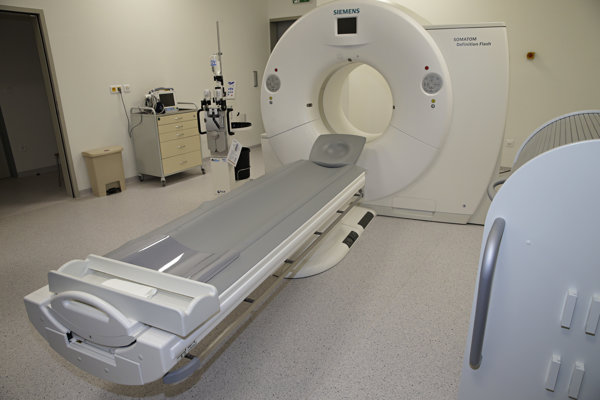 Representatives of the non-governmental organisation, Let’s Stop Corruption Foundation, have left the working group at St Michael’s Hospital where they were to check into the suspicions of non-transparent purchases.

The main reason is that the Interior Ministry, which runs the hospital, will not provide information concerning the sale of medical equipment for which they asked, in compliance with the law on free access to information, the representatives of the foundation wrote on a social network.

One of the reasons, the ministry stated, was that it does not have the information at its disposal, though the law on public procurement obliges them to keep it and the hospital’s head Marián Križko had promised to provide it.

Until the hospital provides the required documents, we will halt our performance in the working group that is tasked with checking the purchase, the Let’s Stop Corruption Foundation informed.

“We are convinced that by concealing the required information, St Michael’s Hospital and the ministry are violating the law,” said the foundation’s head, Pavel Sibyla.

The foundation has promised to continue in its efforts to obtain the documents and reveal the background of the whole case.

The Interior Ministry and the ministry meanwhile rejected the claims of the foundation’s representatives. While the foundation had claimed that it had analysed the purchases based on the Institute of Health Policy database, it was shown at the joint meeting that the hospital had actually saved the money, it wrote in a statement sent to the media.

“It is obvious that the Let’s Stop Corruption Foundation lied when it claimed it had used the database of the Health Ministry,” the ministry claimed.

It went on to say that the foundation’s representatives purposefully used the wrong specifications and compared incomparable devices, with the aim to harm the hospital, its management and the Interior Ministry.

It also said that the foundation was to inform them by email on future meetings with the hospital’s representatives and analysts of the state-run Institute of Health Policy but failed to do so.

“It is another proof that the representatives of the Let’s Stop Corruption Foundation do not want to find the right prices and comparison of devices but with untrue press releases they want to conceal the truth, that their own analysis of medical equipment purchase, which they gave to media, is misleading, unprofessional and in particular, untrue.”