The number is expected to increase this year, particularly due to new rules.

Slovak courts approved 177 personal bankruptcies in the final quarter of 2016. As for the whole year, the number amounted to 731, which is 22.45 percent more than in 2015, the SITA newswire reported.

Altogether 2,920 Slovaks have gone bankrupt since 2006, according to the information of the CRIF – Slovak Credit Bureau (CRIF SK) company.

“The number of personal bankruptcies increases every year,” said Jana Marková, chief analyst of CRIF SK, as quoted by SITA and they expect to see the same in 2017, particularly as the amendment to the law on bankruptcies comes into force on March 1. 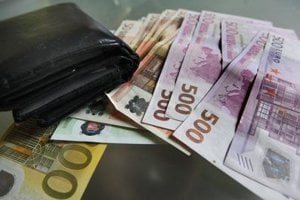 The courts approved the so-called testing period in 155 cases, which is 17.42 percent more than in 2015, the CRIF SK analysis suggests. The debts of 49 people were eliminated in 2016, an increase of 11.36 percent compared with the previous year.

The testing period was rejected in three cases, one case more than in 2015, according to the analysis.