A burglar broke into the house of former Velvet Revolution politician and actor Milan Kňažko, who shot him. 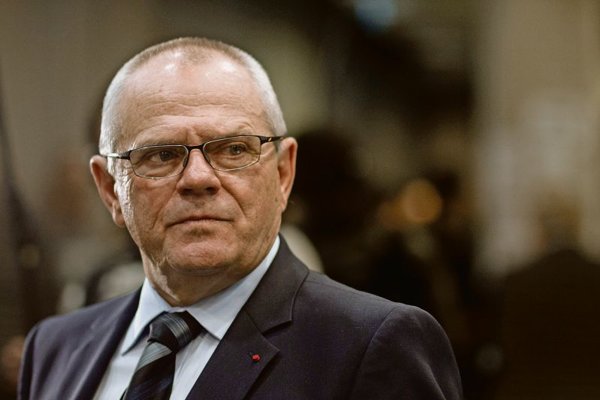 “That’s correct, a burglar was there,” Kňažko confirmed to for the TASR newswire on January 11. He refused to provide any further details due to the fact that a police investigation is still pending. “I haven’t been questioned yet,” he claimed, adding that it would not be right if he made any public statements on the case at this stage. The website Cas.sk reported earlier in the day that Kňažko mounted resistance to the burglar and even shot him with a handgun.

Jozef Minár of the Emergency Health Service Operational Centre told TASR that paramedics were despatched to Havlíčkova Street in the lucrative neighbourhood of Bratislava, under the Slavín monument, at 1:34 at the request of police. “Police called us to attend a suspect with a gunshot wound in his leg. We treated the 49-year-old man and transported him to hospital,” said Minár.

Police confirmed that the events occurring at Havlíčkova Street were being investigated. “We received a late night call reporting a burglary in one of the houses in Bratislava Old Town borough,” said Bratislava Regional Police spokesperson Lucia Miháliková, adding that no further information can be released at this point.

Milan Kňažko is a Slovak actor and former politician. One of the revolutionary figures during the 1989 Velvet Revolution, he was the only actor in the erstwhile Czechoslovak Socialist Republic who returned the honorary Meritorious Artist award in October 1989 over his disapproval with policies of the socialist regime.

Following November 1989, Kňažko entered politics and even held the posts of Foreign Affairs Minister of Slovakia (1992-93) and Culture Minister (1998-2002). He also ran unsuccessfully in 2014 for Slovak president and Bratislava mayor.