Near Rainer’s Cottage in the High Tatras stands a Nativity scene made from snow. 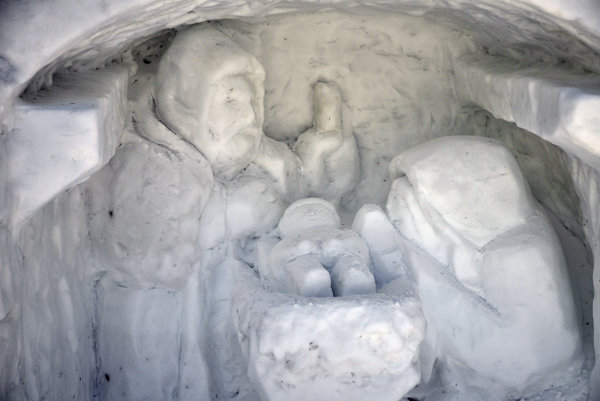 The nativity scene has been part of the winter season at Rainer’s cottage for 18 years. This one is, according to cottager Peter Petras, one of the biggest ever made near the cottage. It is four metres tall and five metres wide.

The author of the Nativity scene is hut caretaker Peter Petras and his son. The construction took three weeks and was ready before Christmas.

Complications caused by lack of snow didn’t happen this year. In the High Tatras there was enough natural snow, according to Petras.

However, Petras stated that construction work doesn’t end when he finishes building. He also takes care of the figures and repairs them because tourists often break it. 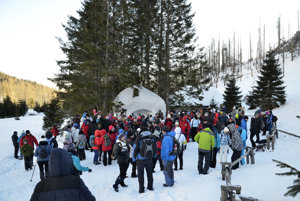 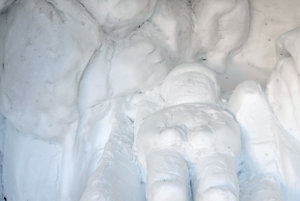 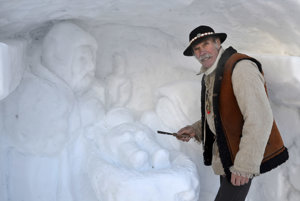