Slovakia is the best country for book lovers

Slovakia has the biggest number of libraries per citizen, research shows. 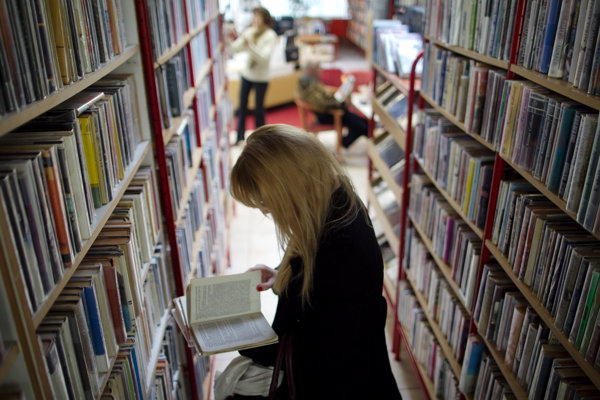 With 138 libraries per 100,000 citizens, Slovakia tops the chart of The Best Countries for Book Lovers by Syracuse University's School of Information Studies master of information management program, leaving behind Palau and Finland.

"Slovakia, it turns out, is a paradise for book lovers," reads the university press release.

Conversely, the countries with the smallest number of libraries per inhabitant are Somalia, Yemen and Niger.

However, libraries are not only about books, they play an integral role in the social fabric of their communities. They offer a valuable gathering space for civic groups, and grant access to educational resources, according to the university.

Hurst-Wahl also notes that there are important stories hidden behind the rankings.

“Cultural institutions are under attack,” Hurst-Wahl says. “What the statistics don’t show are the countries where libraries are being destroyed — like in Iraq and Syria.”

Hurst-Wahl says she hopes questions raised by these rankings might increase awareness of the tragedies that often go uncovered in the media. 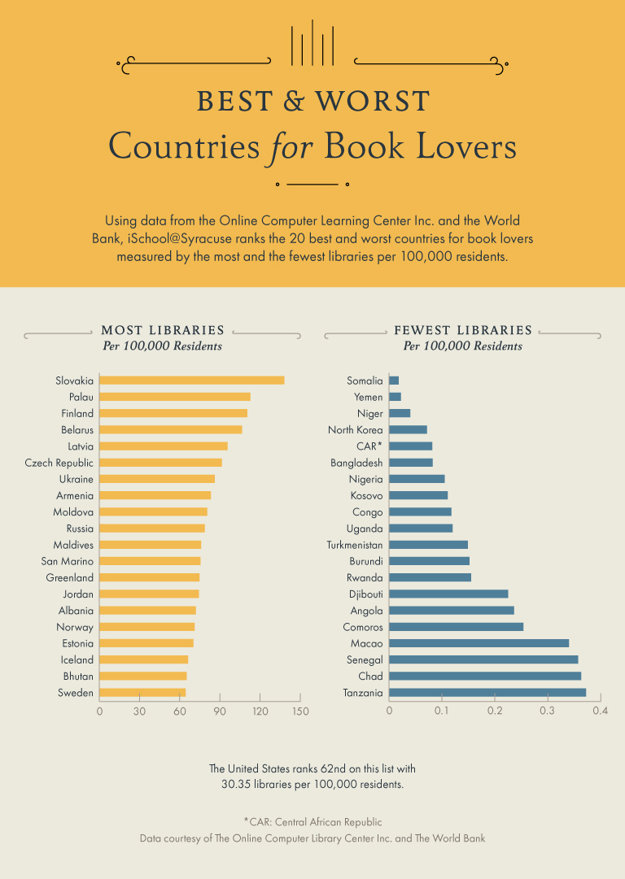