Winter showed its fiercest, most dangerous side in Slovakia last week. Freezing temperatures, heavy snowfall, and avalanches came to the most of the country and now floods caused by melting snow are now expected. 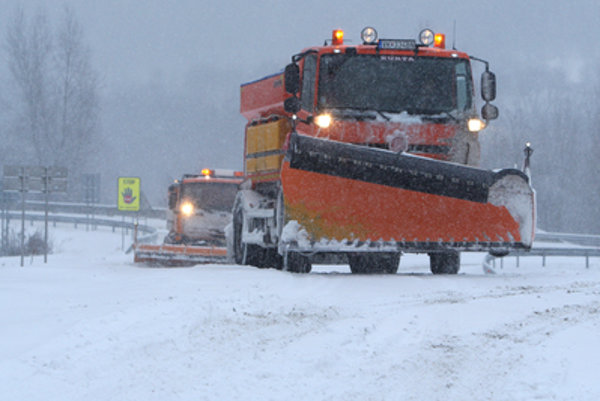 The Slovak Hydro-meteorological Institute (SHMÚ) warns of the persisting risk of ice floods, particularly in eastern and central Slovakia. A range of ice phenomena occur in bodies of water and may trigger, or have already triggered, a surge in water levels, especially in small rivers and streams. This phenomenon may result in floods.

Severe freezing is still expected in the evening and at night of January 16, particularly in central Slovakia, the Sme daily wrote. One of the hardest hit villages is Turčianska Štiavnička, in the Martin district in the north of Slovakia where the local brook Kantorský potok swelled by more than a meter. Locals tried to cut the ice floes and take them to the banks; but it took heavy machinery to help handle them. Ultimately, only cellars were damaged in this village.

“An ice flood is dangerous for people in that floes are sharp as a razor,” Danica Lešková of the SHMÚ told Sme. The ice floes in rivers and streams can even cut and fell nearby vegetation, “and if a person got into water, it could be fatal,” she added. Lešková stated that after several years of mild winters, there are many more ice floods this season than in previous years. They appear especially in villages with various small bridges and footbridges or artificial dams and obstacles which reduce the flow of water. When streams freeze through to the bottom, the riverbed is largely blocked and water has nowhere to flow. 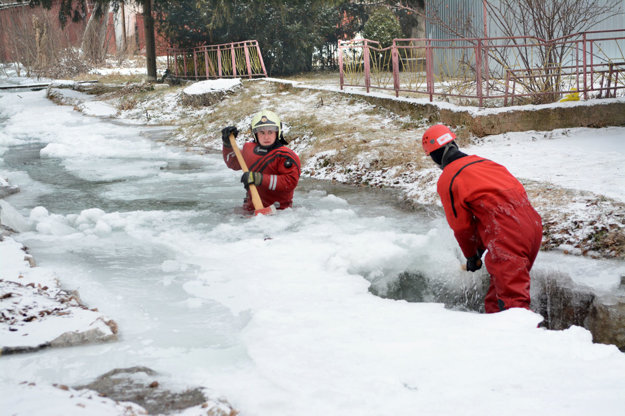 The east of the country was left without electric power on January 14 night, when almost 30,000 households were affected. At 6:00 am the next morning, electricity supply had not been restored yet to 14,000 households.

“A second degree alert was put in place in Trebišov overnight,” head of Road Maintenance Administration of Košice Region Zoltán Bartoš told TASR. “A first degree alert was issued for the Košice-surroundings district this morning.”

Trebišov Mayor Marek Čižmár said that persistent snowfall necessitated a meeting of the town crisis staff earlier on January 14. The hardest-hit town overnight was Michalovce where a first degree alert was put in place.

The risk of ice floods persists, particularly in Slovakia’s northern regions, and a first degree alert is in place, the SHMÚ announced on January 15. “In view of the frigid temperatures, a range of ice phenomena can occur in bodies of water – shore ice, brash ice, anchor ice, ice jams and ice cover, which all reduce the flow of water and may trigger, or have already triggered a surge in water levels, especially in small rivers and streams. Water levels may reach and exceed levels that correspond to floods,” the SHMÚ informed, as cited by TASR.

The alert is primarily in place for northern and eastern parts of Slovakia.

On the same day, rescuers helped a skier partially buried under avalanche in the Vihorlat mountain range, near the village of Zemplínske Hámre, in the Snina district. In the afternoon, the Mountain Rescue Service was dispatched to help the female skier stuck in a tree well and partially covered with snow, under the Motrogon hill. Before they arrived, people on site managed to free her and make her warm. She injured her arm and there was also suspicion of a spine injury, so rescuers offered first aid and transported her to the village, from where she was taken to hospital.

The risk of avalanches continues on January 16 – although lowered to the second degree of the five degree international scale. However, the danger is mostly local, concentrated on steep eastern, south-eastern, and southern slopes with no winds where a bigger amount of snow has built up. The risk is connected with great additional stresses, especially on steep slopes. Big spontaneous avalanches are not expected, despite the avalanche risk pertaining, the SITA newswire wrote.