Svitko would like to forget this year's Rally Dakar

One of Slovak motorbike racer participating in the 2017 Rally Dakar, Štefan Svitko, says he has never prepared better for the South American extreme rally. However, the man who placed second last year sees the current, 39th edition as a disaster. 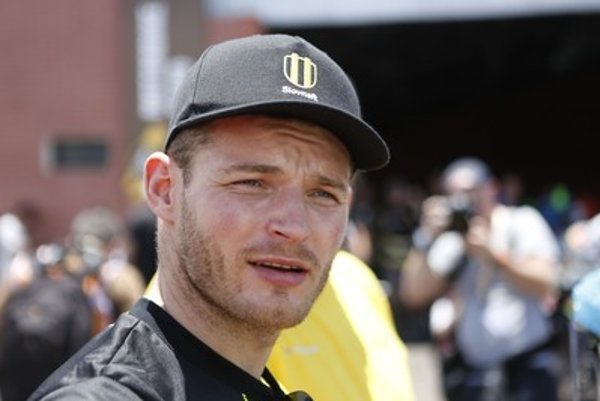 Before the start of rally, he said, as quoted by the Sme daily, he would be satisfied with a third or fourth place. However, after the rally ended on January 14 with the last, 12th leg in Buenos Aires, he was reluctant to even comment. “I would love to forget this years’ Dakar as quickly as possible,” he told the public RTVS channel. “I prepared the most for this race compared to all the races so far,” Svitko explained. “We had everything prepared excellently. In preparations, I rode in four rallies, and here – I ended up twenty-fifth. Last year, I raced in only one rally before Dakar, and ended up second,” the Slovak raced compared.

This year, he was far from the 2015 success. Without penalisation, he would have placed seventh – but he was penalised for tanking, which is not allowed, in the fifth leg with an extra hour added, and got 22 more minutes for the late arrival at a bivouac in the 10th leg. Svitko would have surely arrived on time, as he had the second best time on the measured part of the leg – but he collapsed form exhaustion and was hospitalised. Luckily, it was nothing serious and he recovered.

However, this rally does not take such incidents into consideration, and this event put him far back in the ranking. Officially, he ended 25th, with a loss of 5:17 hours. This is only the sixth time, however, that he has finished the rally.

“It is a sport and it also requires having a bit of good luck,” Svitko said. “However, everything went wrong for us since the very beginning. The only thing that ran smoothly was the motorbike.”

The only other Slovak racer, Ivan Jakeš, did not have much to like in 2017 either. First he got struck by lightning in the third leg and, despite feeling some health issues, he continued. He gave up only in the fifth leg after he had broken his wrist. “Was it the Dakar with worst luck? No; it was strange and interesting,” Jakeš told Sme, adding that he was full of new impressions and planned to return to the famous rally. This year ranks among most demanding circuits and even former champions had problems in the race, while three former winners did not even make it to the finish, the daily wrote.