Brexit to make life of Slovaks in the UK harder

The UK wants to have control over migration to the country, Theresa May says in her Brexit speech. 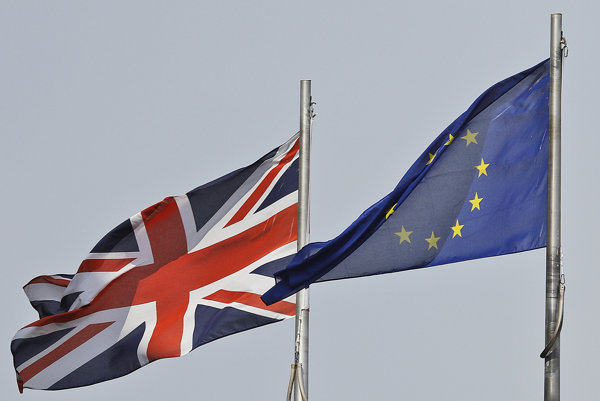 "Brexit must mean control over the number of people who come to Britain from Europe," British PM Theresa May announced in her speech on Tuesday as she outlined the way Great Britain will look land function after its exit from the European Union.

This also concerns people coming to the country for work. There are no exact statistics of how many Slovaks live and work in the UK but estimates point to 60,000 - 90,000.

May suggested that Britain will limit the number of foreigners working in the country.

"In the last decade or so, we have seen record levels of net migration in Britain, and that sheer volume has put pressure on public services, like schools, stretched our infrastructure, especially housing, and put a downward pressure on wages for working class people," May said.

She failed however to specify the details. This means that it is not currently possible to say whether the limits will only apply to people who decide to come to work in the country after Brexit, or will include Slovaks who have lived and worked there for five years and should thus have the right to permanent residence in the UK.

However, the Lisbon treaty only allows a country to leave the Union after two years, so the changes are not to be expected immediately.

"It is possible that occupation will be a deciding factor too," economist Vladimír Baláž from the Slovak Academy of Sciences told Sme. "I do not think that the country would expel all migrants, they need people to work, for instance, in retirement homes."

PM May's speech seems to support this view as she said that highly-skilled immigration is welcome.

The UK nowadays has a problem with a lack of medical doctors and the problem is expected to grow in the coming years.

It is also possible that people will be granted a work permit only for certain positions, or only after it is clear that none of the locals are interested in the placement.

In the past, May said that the government wanted to talk to the EU about people who have been in the country for a shorter time. She wants equal conditions for Brits living abroad.

"There are many options, it is now up to Britain on how they decide [to proceed]," head of the Employment Institute NGO Michal Páleník told Sme.