Almost 120,000 kids got a letter from Ježiško this year 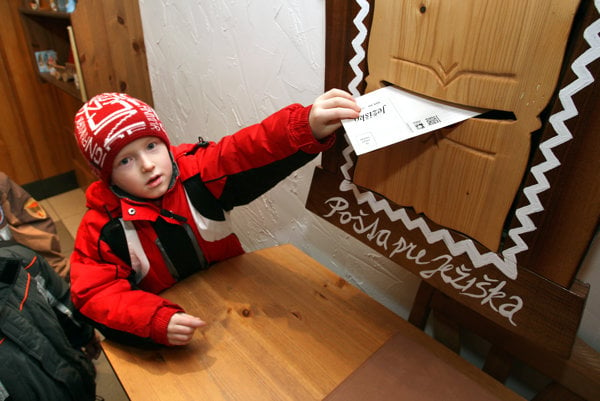 The majority of letters were from Slovakia, but the second country with the most letters was Taiwan; kids from there sent 4,348 letters. Third place belongs to Hong Kong followed by the Czech Republic and Russia.

Some classes from nursery and elementary schools wrote common letters.

“This year Baby Jesus got 265 letters from nursery schools and 935 from elementary schools,” said Róbert Gálik, the director of Slovak post. Among the most interesting letters was the book created from children’s painting as well as handmade decorations, he added.

Toys, smartphones, books, PC games, cosmetics or good results in school, health and spending time with family – these wishes were most frequent in letters, summarized Gálik.

Baby Jesus replied in Slovak and English. This year he also sent 154 letters in Braille.