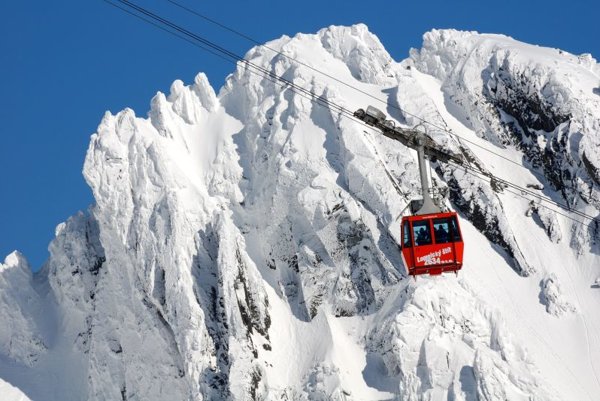 On December 20, 1941, the first cable car came out from the station at Skalnaté pleso to transport the public to the highest station in Slovakia, Lomnický štít.

The cable car has an important meaning for the first half of the twentieth century, according to Ján Šimonák, the head of the suspension cable car track.

“First the Košicko-bohumínska railway to Poprad was built in 1871, following with the tract between Studený Potok and Tatranská Lomnica in 1895. The Tatras needed to bring people here to relax,” said Šimonák for the TASR newswire, adding that the idea of building the cable car came naturally.

The construction works started in the year 1936. The building of a cable car at 2,634 metres above sea level requires manual skillfulness as well as hard work in mountain terrain.

People worked in extreme height differences only with help of draught horses and their own hands.

“There was a group of thirty people carrying up the first rope. They took up a draught rope with a diameter of 1 centimetre and 2 kilometres long tied around themselves several times,” described Šimonák for the TASR newswire.

The work was paid well, according to Šimonák.

“We know from historical documents that a porter’s salary was 1 or 2 crowns which was a lot at that time. Some porters were able to hike up and down three times in a day,” he said for the TASR newswire.

Cable car was the world’s unique among personal cable cars with length of track almost 6 kilometres until 1956.

“It also overcame the biggest height difference only with one change, 1,715 metres,” informed Zuzana Fabianová, the spokeswoman of Tatry Mountain Resort company, as quoted by TASR newswire.

The mountain centre prepared five evening rides to Skalnaté pleso for the public to commemorate the cable car from 1941. Guided tours, visiting the old engine room, control station and authentic photographs in Gallery Encián are waiting for visitors.