The famous dissident Charter 77 called for respect to human rights 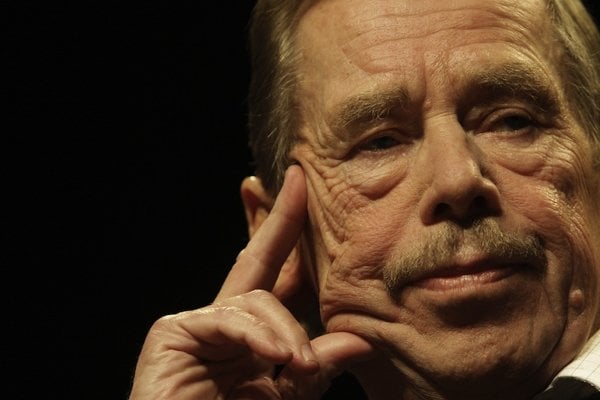 Forty years ago, more than 200 activists became the first signatories of the Charter 77 manifesto, in which they appealed to the communist regime in Czechoslovakia to observe human rights – which the state had pledged to do by signing the final act of the Conference on Security and Cooperation in Europe on August 1, 1975, in Helsinki.

The then-Czechoslovak regime proceeded to persecute the organisers and signatories of Charter 77, some of them ending up in prison. By 1990, more than 1,800 people had signed Charter 77, with several dozens of them coming from Slovakia.

The reaction to it by the government was the Anticharta drawn up at the end of January 1977, signed by many famous artists and performers. After the Velvet Revolution toppled the communist regime in November 1989, some of them claimed not to have known what they were signing.

From the Plastic People of the Universe to Charter 77

One of the main influences on the text of Charter 77 was the detention of the members of the underground psychedelic band, Plastic People of the Universe, in 1976. The wording of the Charter was put together mostly by Prague-based dissidents led by the first post-1989 Czechoslovak president, Václav Havel. By the end of December 1976, 242 people officially agreed with the text. The first official wording appeared on January 1, 1977.

A mere five days after this date, the communists arrested three of its organisers, with Havel being the most prominent of them. On January 6 and 7, foreign media including the French Le Monde, the German Frankfurter Allgemeine Zeitung, The British Times, and the US New York Times published its words.

As soon as the end of January, the communists had put together a document entitled, For New Creative Deeds in the Name of Socialism and Peace, which went down in history as the Anticharta. On January 28, actors and other renowned cultural representatives and show-business personalities were invited to the Prague-based National Theatre, to sign it. Among those who succumbed and signed were people like the famous singer Karel Gott and actor Jan Werich.

Support for, and decline of Charter 77

The treatment of the Charter 77 signatories prompted the formation of the Committee for the Protection of the Unjustly Prosecuted to support and publicise Charter 77, in March 1978. At the same time, the Charter 77 Foundation (Nadácia Charty 77) was established in Stockholm. That same year, the samizdat magazine Informácie o Charte 77 / Information on Charter 77 appeared. One year later, in October 1979, the communists sentenced six Charter 77 organisers, led by Havel to prison terms. During communism, Charter 77 had little impact on the majority of the population many of whom only knew of its existence due to the strong resistance of the official regime.

The Charter 77 Foundation concluded its activities on November 3, 1992 following its move to Czechoslovakia after the 1989 Velvet Revolution. Four years later, it split into separate Czech and Slovak groups and in this way it functions now.