Access to scientific databases to resume by end of week

Slovak scientists have been complaining that the access to scientific databases, crucial for their work, has been halted since the beginning of this year. It should be resumed by the end of this week. 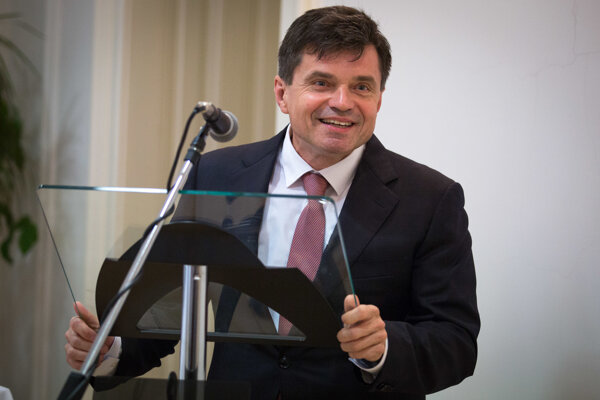 “As far as I know, all the databases should be accessible by the end of the week,” said Education Minister Peter Plavčan (a Slovak National Party/SNS nominee) on January 18, as cited by the TASR newswire.

The Education Ministry has provided a guarantee to ensure that the money to pay for access to selected database collections for scientists is available. Representatives of the Slovak Centre of Scientific and Technical Information (CVTI) held talks with representatives of the exclusive providers of the databases to ensure access in the form of binding guarantees.

Databases had been made inaccessible, as Slovakia had not paid for their use in 2016.

“We have come to a final agreement on the wording and acceptance of this guarantee,” the ministry informed the newswire. “In line with preliminary agreements, the providers are supposed to resume access to scientific databases by the end of this week.”

Licence contracts with suppliers will be signed and payments will be settled as soon as a regular public procurement procedure is completed. “Access should be preserved during this transition period,” the ministry added.

Ministry did not underestimate the problem

Slovak scientists have been unable to use scientific databases – Science Direct, Scopus, Reaxys or Knovel – since the beginning of this year, as the ministry has not yet signed a contract for accessing them, the Slovak Technical University recently reported on its website.

The ministry is already addressing the problem, Plavčan said in reaction at that time, adding that the ministry did not underestimate the situation and that the problem had been resolved in the second half of 2016.

Access to scientific databases in Slovakia has for a long time been covered via EU structural funds amounting to several million euros annually. Coverage of new national projects within Operational Programme Research and Innovations was not addressed in 2016 due to the alleged need to resolve technical-administrative issues with the European Commission first. Plavčan stressed that the problem involving the denial of access to the databases needs to be seen in a wider context. The project for providing access funding could have theoretically been approved as early as last year. “Only 50 percent of access to these databases concerns the Bratislava region,” Plavčan said. “This means that there is the same problem as with some other projects where Bratislava has a specific position in drawing European funds.”

[Bratislava cannot draw finances from EU-funds, as its income per capita is among the highest in the EU, and is thus not eligible for financial aid.]

The Minister concluded, as quoted by the SITA newswire, that a detailed analysis must be made that will show which databases are necessary for all institutions or scientists, and which just for some of them. He added that who will share the financing of these databases and in what form, must be re-negotiated. “In the future, it will be necessary to find a way of financing this from the state budget combined with co-financing by those who use them,” Plavčan said. He explained that in the Czech Republic, universities and colleges co-partner the financing of database access, between 20 to 80 percent.