ÚRSO instructed to do U-turn on 2017 energy approvals

The government slams the regulatory office for an increase in basic prices for electricity and gas and approves a return to the 2016 system. 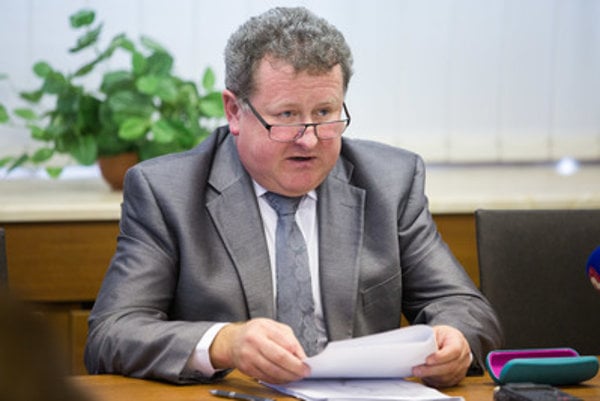 The government expressed “fundamental political disapproval” of the regulatory energy framework for 2017, according to the Prime Minister, Robert Fico after the cabinet session on January 18. Due to an agreement concluded at the government session, the energy regulator, ÚRSO, will need to “box the compass” and restore the prices for electricity and gas distribution to the level they were in 2016. “In practice, this means that the conditions and criteria in effect in 2016 will also apply in 2017,” said Fico, adding that he was ready to repeal the fiats concerned.

ÚRSO’s plan for 2017 has produced a rise in the fixed component of the charges for electricity and gas distribution, according to the government. “This concerned the so-called circuit-breaker charges for electricity and the fixed-variable price ratio for gas,” the PM told TASR. “Advance payments have been hiked despite the falling prices of the commodities (electricity, gas). We’re aware of this issue only in areas served by (central-Slovak electricity utility) Stredoslovenská Energetika-SSE, not in regard to (western-Slovak utility) Západoslovenska Energetika-ZSE and (eastern-Slovak utility) Východoslovenská Energetika-VSE.”

ÚRSO still stands firmly behind its steps, but its head Jozef Holjenčík admits, according to the SITA newswire, that electrical power in central Slovakia has changed the ratio between the fixed and variable part of the price. The SSE company fully used its legislative rights stemming from the regulation and added 80 percent to the fixed part and the rest to the variable part. “This means, that the fixed part jumped from the previous 60 percent to 80 percent,” Holjenčík added for SITA. He was of the opinion that SSE made this change in an attempt to make the customers re-think whether they really need such huge circuit breakers in order to keep an excessive capacity for which we all must pay. “Still, the total sum of electricity costs for 2017 will be lower than in 2016, anyway,“ Holjenčík stressed for SITA.

The Speaker of Parliament, Andrej Danko, has claimed, as cited by TASR, that the coalition has already resolved the issue, with the decision set to be reversed and measures passed to prevent such a situation from re-occurring. Danko voiced outrage at what he sees as two select companies - SSE and the Slovenský Plynárenský Priemysel (SPP) gas utility – co-owned by Energetický a Průmyslový Holding (EPH), managing to influence a decision of ÚRSO designed to improve their economic results. Danko also wanted to meet Holjenčík to have explained to him the decision concerning the price increase.

Both SSE and EPH denied accusations of being greedy and EPH spokesperson, Daniel Častvaj told TASR that „EPH refuses to be an intended tool of political fights in Slovakia, and refutes the public defamation of the company by the parliamentary speaker“. He added that EPH did not expect a growth in revenues year-on-year from its activities in Slovakia. The revenues and profits allowed by ÚRSO for the regulatory period between 2017 and 2021 for distribution companies controlled by EPH are much lower, according to Častvaj, than for the period when they were owned by German and French energy holdings.

SSE spokesperson, Gabriel Beer, also refused the accusations, while adding that the company does not expect better profits and revenues in 2017, either. The expectations are even lower than in the previous period, according to him.