Altogether 1,300 people are expected to find jobs in the new production hall. 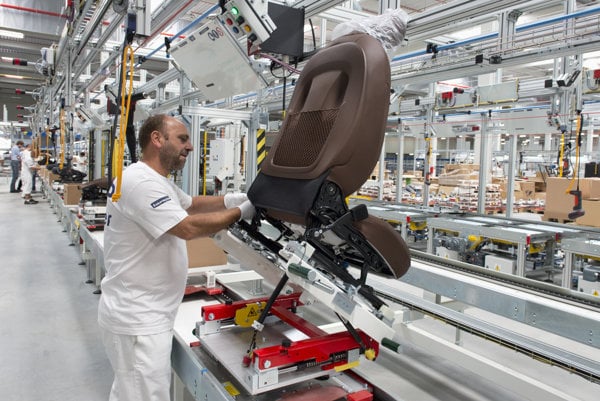 The French company Faurecia starts the production of seats for Bratislava-based carmaker Volkswagen as of January 2017.

Altogether 1,300 people are expected to find jobs in the production hall situated in the building owned by company P3, which was opened after seven months of construction in mid-August 2016, close to the capital, the TASR newswire reported.

Faurecia will lease about 27,000 square metres in the building, in which it will produce seats for the cars manufactured in Volkswagen, starting with the Audi Q7.

The French firm currently operates plants in Hlohovec, Trnava, Košice, Žilina and Lozorno. The recent investment amounting to more than €20 million is its biggest in Slovakia.

“Altogether 1,300 people will work in this plant, of whom 200 will be administrative and managing employees,” said head of Faurecia Slovensko, Gauthier Lerouge, as quoted by TASR.

While 600 people should be sent to the new plant from other factories, the company plans to hire an additional 600-700 employees in 2017, Lerouge added.

Lozorno Mayor Ľubomír Húbek has welcomed the investment, expecting that it will contribute about €18,000 to the village’s budget every quarter of the year, TASR reported.