This will cost him three months salary. 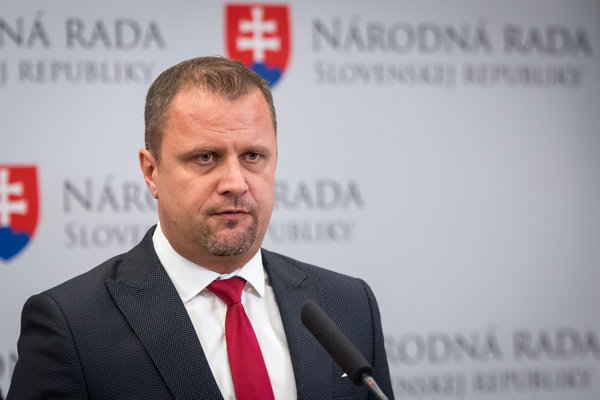 Deputy Speaker of Parliament, Andrej Hrnčiar, did not include a loan of €100,000 for the Sieť party in his property return. He lent the party money during his time as a member, informed the pluska.sk website.

However, he did declare the loan in his property return for the year of 2015 which members of parliament submitted in 2016.

“I realized that I forgot about this loan," said Hrnčiar. "I admit my mistake and I am ready to pay the fine imposed by the law.”

Public servants also have to state in property returns, any cash and loans as well as property. Hrnčiar will be fined for his mistake. He will lose three months salary. Last year the monthly gross salary of an MP was about €1,961. Besides this, MPs are entitled to a tax-free lump compensation. For MPs living in Bratislava it is €1,385 euros, for those out of the capital €1,615. Moreover, they receive so-called functional bonuses. Hrnčiar as a deputy speaker of parliament gets more than €300.

Hrnčiar, who also holds the post of the mayor of the town of Martin, should informed the parliamentary committee for conflict of interests about his mistake. The committee will discuss the matter.

The Sieť party has already returned the money to Hrnčiar. It did so after it received its contribution from the state. Each party that receives more than 3 percent in a parliamentary election is entitled to this contribution.