It will be distributed to the cities of Norcia and Foligno. 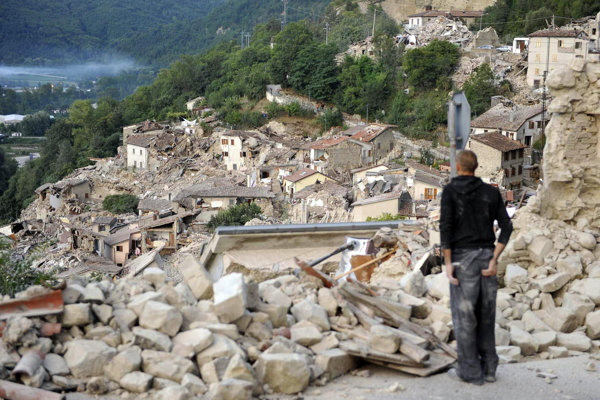 A contingent of four trucks carrying Slovak humanitarian aid in form of 16 containers arrived in Italy in mid-January. The aid will be sent to the locations stricken by earthquakes.

The aid was unloaded and assembled without problems, despite the snow calamity and repeated shakes. It will be distributed to the cities of Foligno and Norcia, the latter of which is inscribed in the UNESCO World Heritage List, the SITA newswire reported.

Of the 16 containers, 13 will be sent to Norcia and three to Foligno, the Slovak Foreign Affairs Ministry reported on its website.

Slovak Ambassador to Italy, Ján Šoth, will symbolically give the aid to the representatives of the two cities and the civil protection organisation in the region of Umbria on January 25, SITA wrote.

The humanitarian aid is an initiative of the Slovak Foreign Affairs Minister Miroslav Lajčák, who decided to provide the aid to Italy via the Slovak Aid programme. Following the first earthquake which struck the country on August 24, 2016, Slovakia which at the time presided over the EU Council, said it is ready to help the inhabitants of the affected localities.

In cooperation with the Italian government they proposed several scenarios, of which the one to provide the aid to the civil protection organisation and the two cities was selected, SITA wrote.

The August earthquake in Italy claimed 297 victims and many others were injured. The 6.2-magnitude earthquake struck the territories from the Lazio region through Umbria and Marche to the coast of the Adriatic Sea.