Construction of D3 highway near Čadca has started

The road costing €239 million is expected to help both the town and the region. 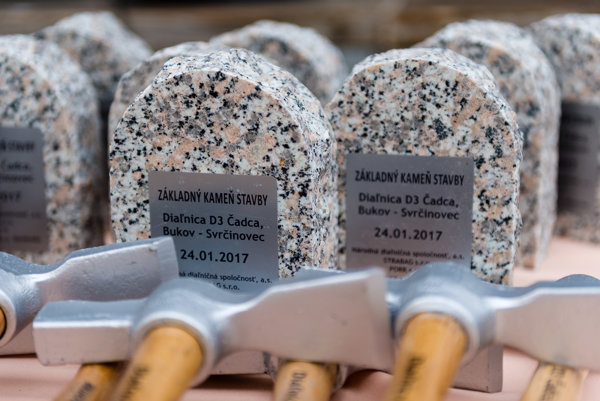 The construction of a stretch of the D3 highway in the Kysuce area started on January 24 with the tapping of the foundation stone in the centre of Čadca (Žilina Region). The 5.6-kilometre stretch between Čadca, Bukov and Svrčinovec will be built by a consortium of Strabag, PORR and Hochtief for more than €239 million within four years, the TASR newswire reported.

Transport Minister Árpád Érsek (Most-Híd) called on the people of Čadca to be patient, as construction work is going on in the town and will bring traffic restrictions.

“The road will help not only the people of Čadca,” Érsek said, as quoted by TASR. “As it’s an international corridor, it will connect regions with great prospects in Poland, the Czech Republic and Slovakia and will improve transport links in Europe.”

The construction work will be complex and challenging, as the new road will be routed across complicated terrain and residential areas, said head of the National Highway Company (NDS) Ján Ďurišin. One part of the highway will be built as a flyover passing above residential areas.

“This means that we’ll also need the cooperation of the people of Čadca and their patience,” said Ďurišin, as quoted by TASR. “I firmly believe that we’ll be able to put the road in operation in 2020.” 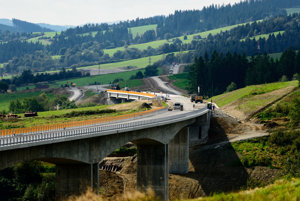 Read also:NDS inks the contract for the construction of disputed stretch of the D3 Read more

The launch of the construction work is one of the most important pieces of news not only for the town but for the Kysuce area as a whole, said Čadca Mayor Milan Gura.

“Kysuce can start flourishing thanks to the launch and completion of this stretch,” Gura added, as quoted by TASR. “Then we can begin telling young people not to leave the area to work elsewhere, but to stay in Kysuce and develop the region.”

The mayor further stated that there is also an industrial park between Čadca and Svrčinovec, which, however, cannot be used at the moment, as it lacks an exit from the highway. The construction of the Čadca-Bukov-Svrčinovec stretch will enable the industrial park to develop and create some 500-800 new jobs, added Gura.

The construction of the highway stretch is cofinanced by the EU, with almost €74 million earmarked for the project from the Connecting Europe Facility. Moreover, as much as €95 million will be allocated from the Integrated Infrastructure Operational Programme, TASR reported.