SNS changes its social network communication policy after users bury their profile in a pile of jokes and hate speech. 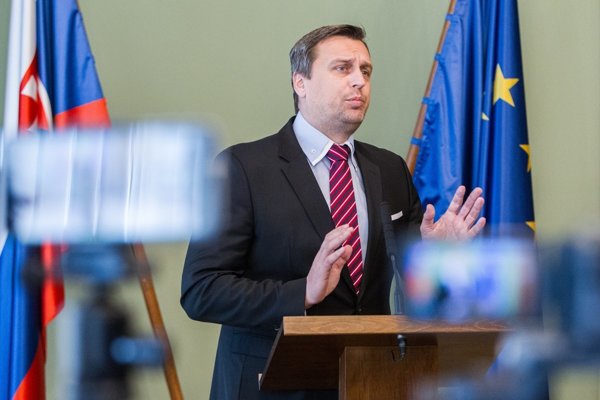 Captain America or Captain Hook were but two of the many mocking remarks addressed to the Slovak parliamentary speaker after the information about his military rank promotion was published.

Parliamentary Speaker Andrej Danko is a captain of the Slovak army as of September 2016, the Denník N reported on January 19. The information quickly sent waves of mockery and jokes that Slovak internet users shared amongst themselves. Danko also faced criticism from the opposition, and even became a subject of hate speech from some people on social networks – so much so that his Slovak National Party (SNS), one of the junior coalition partners, took its fan page, and Danko’s personal page, off Facebook for a couple of days until they figured out how to approach the situation.

The Defence Ministry confirmed for Denník N that Danko received the rank of captain in September 2016. By that time Danko, who was born in 1974 and has been through basic military service as most men of his generation (and is thus now a soldier in the reserves), had served as the parliamentary speaker for some six months. The report gave rise to allegations that politicians have been receiving higher military ranks for no apparent reason.

After several calls on Danko to give up his new rank, he insisted on keeping it, as did the Defence Minister Peter Gajdoš who awarded it to him, “for the support of the armed forces in their modernisation process, his aid in speeding up the passing of the law on voluntary military service, which is one of the priorities for the defence department”, spokesperson of the ministry, Danka Capáková wrote as quoted by the daily. The ministry also admitted that they value Danko’s engagement in increasing the department’s budget.

After several days of the public getting their share of fun and anger over Danko’s rank, Gajdoš convened a press conference on January 23 and said that Danko became captain as per his order and orders of the minister are “not to be discussed, orders must be obeyed”.

Fico is a lieutenant colonel

The stars for Danko’s uniform are legal. In fact, other politicians have received military ranks too. Prime Minister Robert Fico was made lieutenant colonel by the end of the one-party government of Smer, when the then-defence minister Martin Glváč increased the ranks of several ministers of that government. At the cabinet’s last session in March 2016, all the ministers who passed the military service received higher ranks, Denník N informed. Then and current Culture Minister Marek Maďarič and then-agriculture minister Ľubomír Jahnátek were made lieutenants.

By law, the minister may increase the rank of anyone who has been through the basic military service and is registered as a reserve soldier. The minister can decide for any rank, except general. The ministry and Danko have repeatedly stressed that it is simply a sign of honour and there are no financial benefits connected with such a rank for a reservist.

In case the country enters into a military conflict and mobilises its reserve soldiers, people like Danko and Fico would be the ones to command the army.

Danko’s rank of captain has provided a welcome source of jokes on the social networks. Pictures of him as Captain America (Captain Slovakia) or as the pirate Captain Hook quickly went viral.

The way Danko defended his rank, especially when he kissed his captain stars that he brought to a press conference to show journalists, was a welcome source of jokes as well.

“I have been in the army for 42 years, I have passed all the ranks. But I have never seen so many invectives, so many offenses,” Minister Gajdoš told the January 23 press conference.

But it wasn’t just joking that the parliament’s speaker could read about himself on the internet. Danko’s SNS temporarily took down its fan pages on Facebook over the weekend (calling them “fun pages” in the press statement, which sent another wave of jokes around the network), and only restored its operation three days later, on January 24.

The party, however, changed its policy on Facebook and announced they will only communicate the results of their work, the legislative proposals by the SNS, and the party’s visions.

“We will not sling barbs or make threats like others do to SNS today. We will continue to focus on our work,” states a resolution of the party presidium.

Wife of a soldier speaks out

There was, admittedly, a swarm of hate speech and obscene words that Danko and his party faced in the aftermath of the revelation that he was now a captain in the reserves. But not all the critical remarks addressing his rank could be put down as hate speech.

For instance, Eva Ohraďanová, the wife of an officer in the Slovak army form Liptovsky Hradok, wrote a public comment on her Facebook profile which was later shared more than 3,500 times, in which she scorned Danko.

“In a force department like the army, it is unlikely there will be public departures of soldiers or protest marches against injustice you have caused,” Ohraďanová wrote and charged that Danko abused the fact that defence is based on discipline and orders. If there was mobilisation, as a low-ranking officer, Danko would probably be put on the front line, but as a captain he would be somewhere in the background.

Ohraďanová describes the life of the wives of military officers who always have to consider the risk that their husbands may be ordered to a completely different location any day.

“You did not have the moral right to go eight ranks higher,” she wrote. “If you talk about merits that you are helping the army from your position and that you have helped to increase its budget, I’d like to remind you that it is your duty.”

She called on Danko to return his rank and apologise to all soldiers in the Slovak armed forces.

Political marketing experts say that the episode concerning a higher military rank might harm the popularity of the party and its chairman Danko, who does not hide his ambition to become prime minister in the future.