Money for Piešťany airport runs out in February

The plague of the small airport in western Slovakia continues, it needs a private investor or an intervention by its current shareholders. 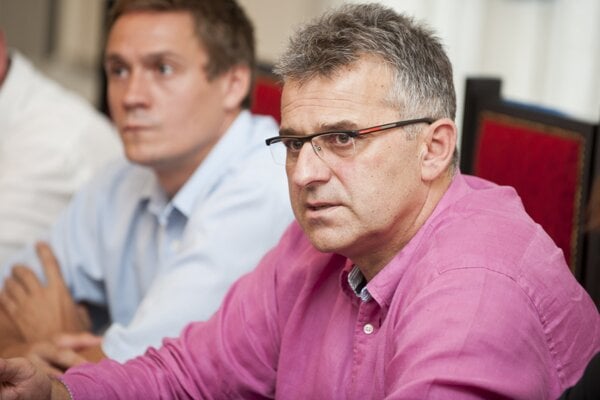 The extraordinary general meeting of shareholders of the Letisko Piešťany joint-stock company that operates Piešťany airport on January 25 discussed a plan of consolidation with an outlook until 2020 and the proposals of the board concerning the possibilities of gaining capital sufficiency and a proposal to solve the liabilities of the company.

The general assembly obliged the board to elaborate and file a plan for further operation of the airport by the next general assembly, to take place at the end of May 2016, the TASR newswire wrote.

The chair of the board and governor of the Trnava Region, Tibor Mikuš told TASR that the company is currently trying to find a strategic investor who could enable further operation but the negotiations are time consuming. He also added that the Trnava Region is the only one of the shareholders – the Transport Ministry is the second of three shareholders – who put in money for the operation of the airport. Mikuš assesses the sum at €1.6 million in the past few years, and the money is in the form of private loans, at better interest rates than from banks. He added that they have addressed nine banks with a request for a loan and the only answer so far was negative.

Mikuš slammed the city of Piešťany for not coming up with a plan for economic recovery.

Mayor of Piešťany, Miloš Tamajka, on the other hand, said that in the case that the company board addresses them with a demand for financial participation in the operation, he will file it for assessment by the city council. He stressed that the city also invested in the company and the airport, by forgiving the property tax. He repeated for TASR that the city representation is for the preservation of the airport.

At the end of last year, the Letisko Piešťany company faced the threat of bankruptcy. However, the general meeting that was supposed to decide its fate on November 29, learned of new circumstances and ruled to omit this issue from discussion. It appeared possible to save the airport, as the Katex Technical Finans, s.r.o. company, residing in Piešťany showed interest in investing.

This means that the operation of the airport is only secured until the end of February, TASR wrote.