KPMG: Slovakia is 44th in performance 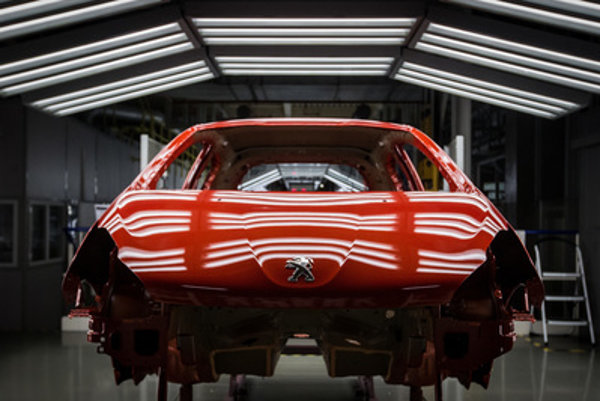 The KPMG Index evaluates the long-term outlook of economic performances of 180 countries worldwide, and Slovakia ended up 44th – third from among the Visegrad Group (Czech Republic, Poland, Hungary and Slovakia), behind both the Czech Republic and Poland.

The authors of the study rate the openness of the economy, considering indices like the influx of direct foreign investments and the performance of foreign trade. For both 2015 and 2016, the score was 8.7 points out of a maximum of 10.

The biggest slump this year came in the pillar of human resources which includes factors like the ratio of people with elementary, secondary and university education, results of knowledge tests and the average lifespan. The last mentioned sphere is the weakest point of Slovak economic performance, KPMG cited in its study, pointing to the fact that it achieved only 4.1 point of a total 10 – which is a huge decline against the previous year (7.2 point).

“Our study shows that education is one of the most important catalysers for improving the productivity of the country,” Simon Collins, chairman of the KPMG UK board, said. For example, France and Hong Kong made a great progress by improving their school systems, he added. However, this step requires considerable investments and securing cooperation between the government, business people and teachers, he concluded.

“It is no secret that graduates from Slovak schools come to the market not prepared as well as employers would wish them; thus, the investment of companies in education and training is a must, according to KPMG.

“I personally consider, however, this investment one of the key ones, as young people bring new energy and ideas to practice, which are irreplaceable,” adds Ľuboš Vančo, chair of the Board of Partners of KPMG in Slovakia.

In the Variables for Sustainable Growth Index 2016 chart, Austria placed best from among Slovakia's neighbouring countries – defending its 19th place from 2015. The Czech Republic is 28th, Poland 38th and Hungary 53rd. The five best countries for 2016 are Switzerland, The Netherlands, Luxmebourg, Hong Kong and Norway.

The Index considers 21 spheres that can have important influence on future economic growth and wealth of the country; of the five pillars evaluated, the power of public institutions has the biggest impact on a country’s productivity, KPMG wrote.