MPs will not investigate use of Evka agency 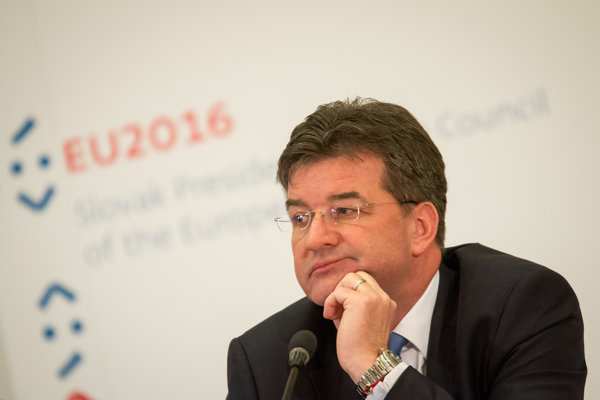 The public may never get the answer to the question of how the allegedly overpriced event, where the logo of the Slovak presidency of the EU Council was presented, was allowed to take place, the Sme daily wrote.

The parliamentary committee will not discuss the suspicion of non-transparent use of money which former employee of the Ministry of Foreign Affairs, Zuzana Hlávková, pointed to.

Coalition MPs voted for enclosing the case. However, opposition MPs left the room to prevent the committee from dicussing the issue and to force it to hold talks again, the exception being Ján Kesckés, MP of Kotleba’s ĽSNS, who did not leave even though he claimed that he has no doubts about why Evka was used.

Miroslav Beblavý, independent opposition MP, asked Foreign Affairs Minister Miroslav Lajčák (Smer) to present all the documents within 15 days but Lajčák did not fully cooperate and the names and offers from the other companies were missing.

Beblavý has previously said that after reading the documents he does not believe Lajčák anymore. The ministry provided about 200 documents in total.

“Ninety percent of them were talking about nothing, we got no information from them,” stated Beblavý as quoted by SME.

The law requires that the documents detailing the tenders, the approval process and the reason why the Evka agency was chosen out of the three candidates, are available as public information according to Beblavý.

Another document in which Ministry compares the offers and makes the decision to choose Evka is also missing. MPs requested it but Minister Lajčák failed to produce it, according to Beblavý’s words, even though Lajčák promised it would be made available.

Only the police or the Supreme Audit Office (NKÚ) can move Causa Evka further.