Unlike incumbent public officials, the former prime minister returned an award she received from an NGO that made a provoking declaration on migration and migrants. 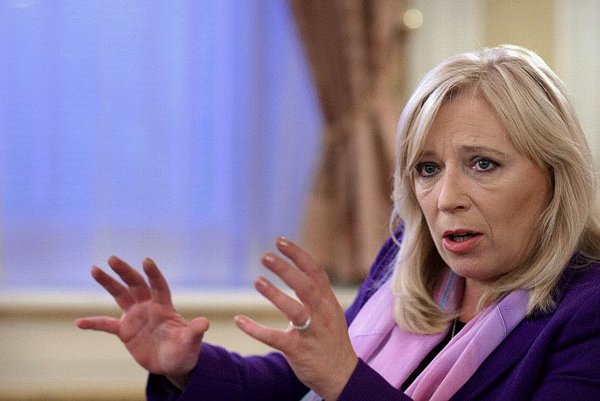 “I read the Declaration issued by the NEF-Economic Club on migration, including the list of its signatories, featuring also the Police Corps president [Tibor Gašpar],” Radičová said. “It’s unacceptable to see anyone signed under such a mixture of absurdities, confused facts and illogical pseudo-connections. Therefore, I’m officially renouncing and returning the 2012 Golden Biatec award I received from this club.”

Earlier this week, Gašpar was invited by President Andrej Kiska to the Presidential Palace to explain why he had signed the declaration. The police president did not want to comment on the content of the meeting after it took place. “I don’t know, we didn’t agree that I would comment,” Gašpar told TASR on January 23. “I was at the meeting, that’s all.”

In the declaration, NEF presented a “Basic Set of Measures against Economic Migrants”, recommending the government to gather statistics of their number and structure, introduce a range of rules related to the issuing of work permits for migrants and the acquisition of citizenship in individual European Union member countries, keep track of money flow abroad for migrants’ families, and seek financial compensation from economic migrants for the cost of language education and other necessary training provided in the host country.

The Golden Biatec award has been bestowed since 1992, in an originally prestigious poll highly publicized in the media. Interest has been declining for the last few years, the Sme daily wrote on January 27.

Other personalities from among the more than 250 people who received it so far include, for example, archbishop Róbert Bezák, former presidential candidate and chairman of the Sieť party, Radoslav Procházka, and Milan Šikula, head of the Economic Institute of the Slovak Academy of Sciences. Some of the laureates thanked and took the prize in person, while others quietly ignored it.

Former foreign minister and Slovak diplomat Eduard Kukan who got the award in 2001 says he saw no problem in it then. “Then, I did not have the feeling that the activities of this club would develop in any suspicious way,” he noted, as quoted by Sme. He added that he has been following the recent scandal around Gašpar and conspiracy theories but he has not read the document yet, as he was in Brussels – he will read it soon and then decide what to do with his Golden Biatec.

Fashion designer Lýdia Eckhardt received the prize in 1996; but she has not paid attention to the case and is not going to return the award.

Apart from Gašpar, the chairman of the SNS coalition party Andrej Danko also got the award, but the latter distanced himself form the club.

The Economic Club bestows the award also on foreign personalities, e.g. German Chancellor Angela Merkel and Russian President Vladimir Putin who has recently been dominating the new category, Global Peace and Security Personality – together with Chinese President Xi Jinping, both of whom occupy territories of neighbouring countries, according to Sme.

Ironically Merkel, who got the award in 2012, is now heavily criticized by the club for her decision concerning migration to the EU.