Preparation for all the risks arising from a new criminal liability law seems inevitable. 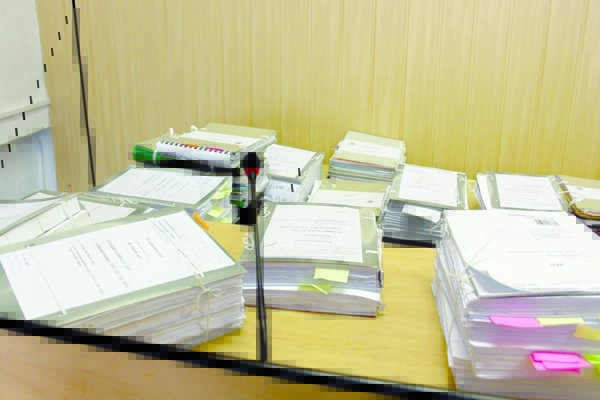 The times of authorities having to find a specific person in order to launch a criminal prosecution against a company are over.

Slovakia was the last EU country to adopt a law on the criminal liability of legal entities, drawing inspiration mostly from similar Czech laws. Though the aw only became effective in July 2016, it has already been amended as the Justice Ministry proposed an extention of the catalogue of crimes for which firms can be prosecuted.

The law does not only mean that the police can prosecute an entire company, but it also forces the firms to adopt measures to protect themselves from otential prosecution.

The company is prosecuted for a crime committed:

“Many companies, however, still do not realise the impact of the law,” Lucie Schweizer, partner at Ružička Csekes law firm, told The Slovak Spectator.

The recent survey carried out by the company Screening Solutions confirms this. Only 38 percent of survey respondents said they had implemented or were planning to implement measures with regard to the new law. Only 6 percent of respondents find the law beneficial for them, while 21 percent claim they do not see any merits.

The criminal prosecution of a company is only the tip of the iceberg. There are also other risks for companies: harm to their reputation, financial, operational or insurance risks involved, many internal as well as external processes may be somehow affected by the original prosecution, Schweizer said.

Prosecution is a risk for reputation

Back in 2010, Slovakia first introduced what was called the indirect criminal liability of legal persons as part of the Criminal Code. It worked in a way so that the whole company could be prosecuted only if its links to a specific person who committed a crime were proven.

There is no such requirement under the new rules, yet there are specific conditions which need to be fulfilled. The crime needs to be committed to the financial benefit of the company, in its name or via its activities. Those who can commit such a crime could be its statutory representatives, members of the controlling and supervising bodies, or people authorised to represent it. However, this is not the case of state bodies and authorities.

Who can make the company responsible:

“This means that a company will be looked upon as ‘innocent’ until proven guilty by a valid and non-appealable court decision,” Dominika Bajzáthová, lawyer at the Kinstellar law firm, told The Slovak Spectator.

Not even this principle, however, prevents the potential harm to a company’s reputation, even if it is found not guilty at the end of the proceeding, Bajzáthová and Schweizer agree.

Every company must take precautions

This is done via the so-called compliance programmes: internal policies that deal with supervision over the compliance with legal regulations, which should mitigate the potential harm, Schweizer added.

As far as she knows, the General Prosecutor’s Office will require companies to have at least a basic directive on the criminal liability of legal entities, regularly update it, regular trainings in this field and also identify risks every company may face in the future.

“As the requirement is to have effective compliance programme in place, the effectiveness, i.e. the extent of measures will be very different and will depend on the analysis each company will carry out,” Schweizer said.

Businesses should also prepare for potential investigations in connection with a crime committed by their supplier or business partner.

Such criminal proceedings might generate several problems, said Bajzáthová. For example, agreements with business partners sometimes contain clauses under which any pending proceeding of such nature may constitute the right to terminate the agreement. Or, business partners might decline further business with a company that is being prosecuted. One can therefore expect a substantial negative impact on business.

Moreover, in the proceeding, the court may impose some restraining and securing orders. The company might be prohibited from disposing certain assets or rights, Bajzáthová added.

Schweizer recalled a case from the Czech Republic where a company saw its finances and property being frozen for two years as there was a suspicion that it was involved in a crime. In the end, however, it turned out the suspected company was innocent and the court decided on un-freezing its assets.

A similar case may also occur in Slovakia as the police seizure may include agreements, invoices, server or other IT equipment as well as other property including machinery, if there is a reasonable belief that it is important for the criminal proceeding as such, Schweizer said.

“This is, however, nothing new in the criminal legislation, the law on the criminal liability of legal entities only extends the possibilities of its use,” the lawyer added.

Given that the new act contains no provisions on obtaining evidence, the criminal authorities apply general provisions of the Criminal Procedure Rules, said Bajzáthová. These include a broad obligation to cooperate during a trial, which may also include revealing business secrets or other confidential information. However, such disclosures will not constitute a breach of confidentiality obligations, as disclosures to investigating authorities are usually permitted by several contractual clauses, she added.

“Problems may arise when a court file is accessed by various intervening parties,” Bajzáthová said, adding that any further disclosure may put the company at significant risk, as business secrets usually contain a large scope of know-how. Once that is made public, it could affect “not only the operation of a company but also its ability to be competitive on the market, notwithstanding negative implications on its strategic business planning”.

Yet this may be mitigated by clear indication that the information belongs amongst trade secrets, said Schweizer.

Are parents at risk?

Branches of foreign companies established in Slovakia could also land their mother companies in trouble; but in that sense organisational units and subsidiaries need to be distinguished. Organisational units do not have a legal personality, which means that its parent company may be directly responsible for its activities, regardless of its location, Schweizer explained.

In regard to the latter, prosecution depends on the laws on criminal liability of the legal entities adopted by the country in which the parent firm resides. US legislation, for example, is extraterritorial, meaning the activities of the subsidiary have an impact on the parent firm. If the subsidiary is prosecuted, the parent company, for example, has to report these problems to the regulatory authorities, and it even may have an impact on its stock value, Schweizer said.

“The laws in Europe are generally not as strict though, although they may have a similar effect” she added.

On the other hand, when it comes to police raids or carrying out a sentence, cross-border communication between criminal authorities is at a very good level. In addition, the parliament passed a law that would enable smooth recognition of sentences issued abroad, which should simplify cross-border matters, Schweizer said.

Also due to these cases it is important to have good compliance programmes, as criminal prosecution still poses risks.

“Mainly big companies have already managed to do so,” Schweizer said, explaining that since the parent companies have compliance programmes in place, their branches also take such initiative.

The only thing they need to do now is adjust their compliance programmes to the Slovak conditions, the lawyer said.

Distance is not an excuse

Even in cases in which a company’s authorised representatives or members of its board of directors do not reside in Slovakia, they should take heed of about the protective measures against potential criminal prosecution. The Slovak law contains the principle of strict liability, which means that though they are absent, they are still responsible for their firm’s actions, according to Schweizer.

For the purpose of the criminal proceeding, it is necessary to have one joint representative in Slovakia. This may become a bit tricky, especially in cases when it is this person who commits the crime.

“Internal fraud is the worst,” Schweizer said, explaining that these people know exactly how the company works and it is easier for them to commit a crime without the foreign representatives even noticing it.

In such cases it is important to carry out a more detailed risk analysis and prepare more in-depth compliance programmes to prevent any misconduct, she stressed.

“In western countries the programmes usually also contain establishment of a forensic analysis team which investigates wrongdoing, wilful misconduct or even negligence effecting operations within the company, regardless of the criminal prosecution,” Schweizer said. Adding that without proper investigation and decisionmaking based on findings of the internal team, companies may incur financial risk, which many cannot afford.

“The question of legality and opportunity is discussed in every jurisdiction,” Schweizer said, adding that the law is flexible enough to be applied in various situations and its actual application will hopefully provide more insight into answers, which we currently do not have.