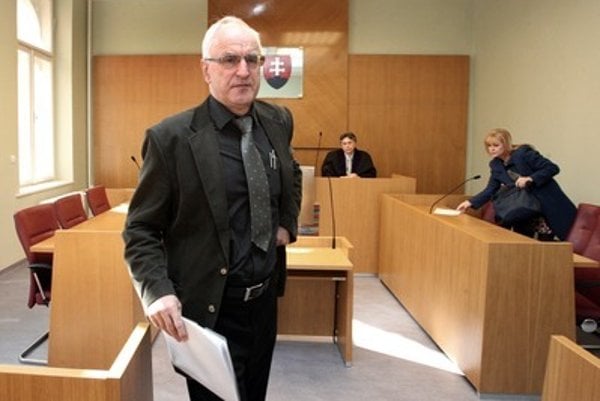 Former Slovak prime minister, who also served as a provisional president before the election selected a successor, in this brief function pronounced amnesties to each and every crime connected with the abduction of the son of then-president Michal Kováč.

Recently, constitutional lawyers and academics issues a statement which was first published by the Denník N daily. In it, they opined that with his decisions on amnesties, Mečiar considerably intervened, in a negative way, in the natural course of justice and decency in the law, and thus abused the law. This abuse of law has no par in the modern history of Slovakia, and is a blemish of every country which is democratic and has rules of law.

These amnesties were abolished already in 1998 by then-PM Mikuláš Dzurinda – who also briefly was an acting president – and it resulted in the decisions of the first panel of the Constitutional Court led by judge Tibor Šafárik that culminated in a ruling from December 20, 1999 which abolished the charges against former deputy head of the Slovak Intelligence Service (SIS), Jaroslav Svěchota.

In these decision, the fist panel of the CC disrespected the whole previous judicature of the CC, as well as the wording of Slovak Constitution and several key principles of a rule of law, the lawyers opine in their statements, adding that these decisions enabled the top state officials suspected of having committed the crimes of state terrorism to escape justice. Such a state of matters is inadmissible in a legally consistent state.

Where there is will, there is a way

In the case of crimes which were amnestied by Mečiar, there is serious suspicion that state bodies were involved in the criminal activities. By using the presidential authority to grant amnesty, the investigation of this serious suspicion was prevented, and principles of material lawful state were suppressed, and the law abused.

The lawyers and academics conclude that the scrapping of amnesties issued by former prime minister Vladimír Mečiar through a constitutional law is a legal and legitimate means in a rule of law whose aim is first to fulfil international obligations of Slovakia, but also to offer effective protection to fundamental rights of victims of amnestied crimes, as well as to increase the authority and trustworthiness of applying law and justice in Slovakia.

The statement was issued shortly before the next parliamentary session, which should decide on the scrapping of amnesties, starts of January 31, the SITA newswire wrote.