Lúčnica is a successful Slovak folklore ensemble that performs both at home and abroad, cooperating with various artists and performers and has been evolving through the decades into its current modern form. 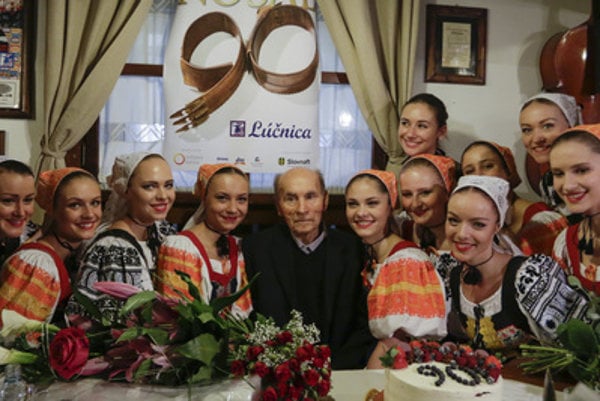 Professor Štefan Nosáľ who has devoted his whole professional life to the Lúčnica, celebrated his 90th birthday on January 20.

Since as early as 1951, Nosáľ has created over 100 dance compositions and a number of feature, thematic compositions during a prolific career. The ensemble’s members were among the first to wish Nosáľ a happy birthday at noon on the day. In homage to its doyen, the troupe is now working on a special programme called Štefan Nosáľ 90, which will be shown at the Slovak National Theatre in Bratislava on March 6 and 7.

“It was hard work, but I hung in there, and they’re happy about it,” Nosáľ told the TASR newswire. “Everybody perks up at our performances, they rejoice and this is fine because there’s not that much to be cheerful about in Slovakia.” 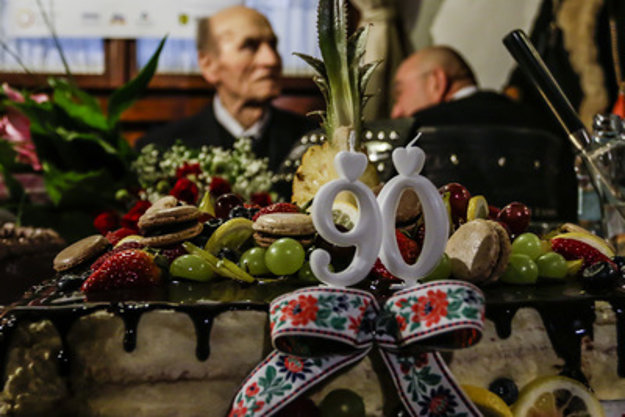 Also Lúčnica’s general director Marián Turner recognised Nosáľ’s lasting legacy. “To me, he is the person who created Slovak national culture,” Turner opined for TASR. “He’s a man who elevated the national arts on stage to such a form that it gained acceptance not only in Slovakia, but also worldwide.”

Nosáľ’s students include some outstanding showbiz personalities and artists, e.g. theatre director and choreographer Ján Ďurovčík, who came to congratulate and praise “the birthday kid”.

Born in Hriňová on January 20, 1927, Nosáľ received a degree in civil engineering from Bratislava in 1953 before going on to study dance choreography. A Lúčnica dancer since 1949, he was appointed as the ensemble’s artistic director and choreographer a mere two years later.

That he led the troupe artistically for nearly seventy years is viewed as a unique feat worldwide. Lúčnica started off as a troupe of young enthusiasts from the Živena association in 1948. 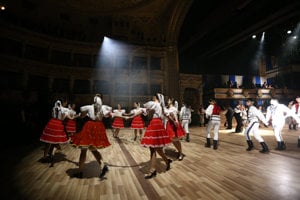 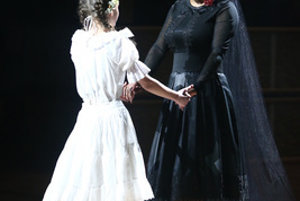