Slovakia has appeared twice in the stories published by the US media in the past few days. 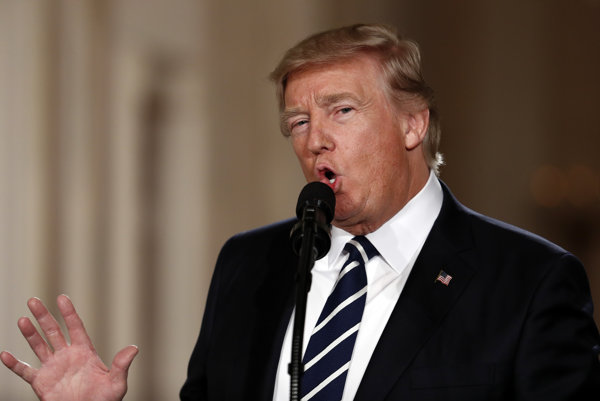 The recently published piece titled “How to Build an Autocracy” by The Atlantic magazine offers a scenario of how the United States could look like if Donald Trump is sworn in for his second term in 2021.

Except for the fact that nobody listens to the critics, the salaries of poorer Americans have increased, similarly to the US deficit, corruption and Trump’s power, and the media have grown noticeably more friendly to Trump as well, according to the piece’s author David Frum.

In this respect, he writes about current owner of The Washington Post daily Jeff Bezos who decided to sell it to “an investment group based in Slovakia”. Its new owner subsequently has closed the printed edition and refocused the paper on municipal politics and lifestyle coverage, the story reads.

This was not the first text published in the US media in connection with Slovakia. The Washington Post published a story titled “Trump is ruling America with the agenda of Europe’s far right”, describing how the new US president drew inspiration from some European populists.

Read also: Analyst: Society has the tools to prevent the worst from happening Read more

It mentions especially Slovak Prime Minister Robert Fico, who is also in the collage accompanying the text, together with Trump, French nationalist Marine Le Pen, and Hungarian PM Viktor Orbán.

“As early as 2015, Slovakia insisted it only wanted to take in Christian refugees,” the story reads. “The country’s populist prime minister, Robert Fico, warned that ‘Islam has no place in Slovakia.’.”