Slovak managers call for the simplification of taxes and a re-introduction of flat income tax, and fear the lack of qualified staffers. 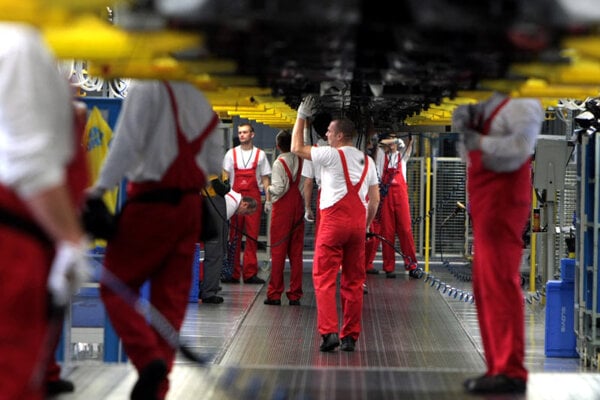 Lack of qualified people may be a problem. (Source: SITA)
Font size:A-|A+

Eight of ten business leaders in Slovakia expect the country’s economy will slightly improve or not change at all in 2017. They see the lack of qualified labour force as the biggest obstacle to their growth, while they would welcome the simplification of taxes.

This stems from the Pulse of Economy 2016 survey carried out by the KPMG company in nine countries in central and eastern Europe.

It suggests that 73 percent of business leaders in Slovakia would welcome the simplification of tax payments and respective administration. The share is lower than last year, when as much as 84 percent of respondents picked this option.

Moreover, more than half of Slovak managers would welcome the re-introduction of flat income tax and a reduction of social payroll taxes.

Overall, the managers in other countries of the CEE region see the biggest problem in tax administration. Of nearly 800 respondents, more than three-quarters would welcome its simplification. A majority of the respondents from Romania (92 percent) and the Czech Republic (86 percent) thus responded.

“Smaller entrepreneurs with limited resources especially have problems dealing with the administration accompanying the current system of tax collection,” said Ľuboš Vančo of KPGM in Slovakia, as quoted in a press release.

The survey also suggests that nearly two-thirds of Slovak business leaders consider the lack of qualified labour force the biggest obstacle to increasing turnover. The remaining top two obstacles concern strong competition in the market and amendments to laws.

Other CEE countries also complained about the lack of labour force, especially the Czech Republic and Bulgaria.

Similar to last year, nearly three-thirds of respondents in the CEE region consider the shadow economy a problem. As much as 45 percent of them claimed the most serious problem is avoiding taxes by concealing real incomes of employees.

In Slovakia, as much as 83 percent of managers consider the shadow economy a problem, which is 9 percent more than in 2015. More than half of respondents (53 percent) claim that VAT frauds are the most serious. This is a two-digit increase compared with the previous survey, when only two-fifths of respondents picked this option.

As for the risks to doing business, 45 percent of CEE managers fear regulation risks in Slovakia, while in the world at large they are mostly concerned about cyber security. In Slovakia, the biggest fears concern regulations, attracting talent and operational risks.