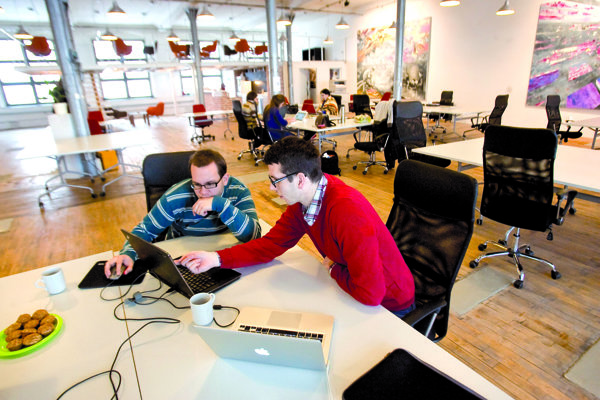 Slovak innovators are still mostly young well-educated men in pre-seed or seed stages who rely upon their own money or resources from their families and surroundings. But the foreign trends of venture capital and crowdfunding are beginning to improve their prospects.

The startup ecosystem in Slovakia is still experiencing a boom even though the number of startups has not increased dramatically as compared to 2015. The quality of innovations, reputation of mature companies and the brands of the companies have all improved overall, experts say.

“Finally, Slovakia and its tartup ecosystem have made it at least on to the European map,” Ivan Štefunko, managing partner of the venture and seed capital company Neulogy Ventures, told The Slovak Spectator.

The startup scene opened up six to eight years ago with the introduction of well-established international initiatives like the BarCamp conference, the entrepreneur marathon Startup Weekend, meetings with the community at the Startup Grind and the homegrown Startup Awards competition. Thanks to such activities, startups have become a trend with an expanding community in Slovakia. In contrast with 2015, Marek Zámečník from the new 0100 Campus co-working space in Bratislava now sees new investors, more ambitious projects, the first larger investment rounds from foreign investors and more interest from corporations in innovation activities. 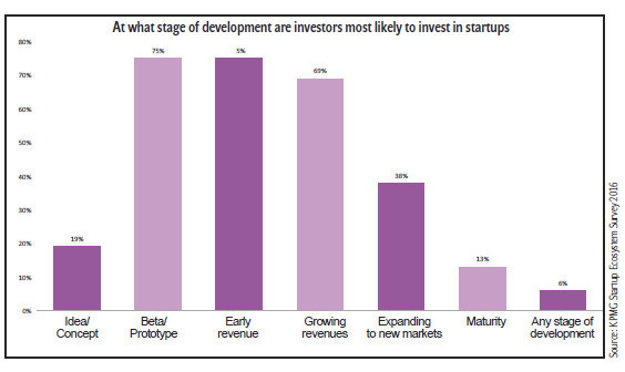 “Organising hackathons and promoting educational events through which larger companies try to find new ideas and strategies show changes in the way multinational companies think also in our region,” Zámečník told The Slovak Spectator, listing “Software as a Service” (SaaS) ideas as the fastest growing. The ecosystem is shaped mainly by the private sector which brings positives, but also missed opportunities. In 2015 nearby countries like Austria and the Czech Republic created schemes to support existing institutions that began as private initiatives, according to Zámečník.

“In Slovakia, the public sector rather seems to do parallel activities that compete with the private sector and thus to some extent distort the market,” Zámečník said.

From seeds to scaleups

Meanwhile, the Slovak Alliance for Internet Economy (SAPIE) pointed to greatest startup challenges including investments, human resources and expansion into new markets. Slovak companies are largely in the pre-seed and seed stages, so they await growth and the shift to scaleups, according to SAPIE Director Petra Dzurovčinová.

Venture capital financing is steady, according to Štefunko. While some funds end their investment period, the public Slovak Investment Holding announced appeals to the management of other funds through public-private partnerships.

In contrast, financing from banks remains a problem. Banks are not accustomed to looking at a company’s potential, but only at its current losses or gains, he said.

“They do not look at reasons why the company is in a loss – for example because it invested in marketing or development,” Štefunko said.

Business ambition and willingness to bear a greater risk favours young, educated people. Nearly 73 percent of those launching a startup are under 35, just 9 percent are over 40 and 85 percent have a university or college degree. This stems from the recently published third survey by KPMG Slovensko, in which they asked startups, corporations, the public sector, startup spaces and investors about the startup ecosystem in Slovakia.

First phase companies have in addition been still relying excessively on bootstrapping without an external investor. Personal savings constitute 71 percent and angel capital just 36 percent of business financing in Slovakia. Both are rates similar to 2014, when the share of venture capital jumped up by 10 percentage points to 25 percent, according to the survey.

and Blender. In comparison with others, however, it brings a new platform that combines a 3D modelling tool with a community.

The company, part of the Neulogy Ventures portfolio, raised a seed round of $2.5 million with BlueYard Capital and is moving its headquarters to New York. Michal Koor, CEO and co-founder of Vectary, says that as an industrial designer he wanted to make designing more effective, so he invested time into developing a parametric tool which can easily change shapes while getting interactive feedback.

“Later I realised this approach combined with a community would make it much easier for anybody to start with 3D modeling,” Koor told Techcrunch.com. The transformative online 3D design tool empowers users to create and customise ready-to-print 3D models directly in their browser. It is also a community-driven platform that allows users to share and collaborate on designs, the company says.

Other prominent startups include Staffino, Croptech and Exponea. Exponea provides advanced analytics for business-to-consumer websites with significant clients from Germany, the Czech Republic, the United States and Southeast Asia. At present, a couple of foreign investors are interested in it, Zámečník said.

“It is proof that we can make top players in this sector also from Slovakia,” Štefunko said.

There are also companies like Prizeo, a platform for influencers to raise money and awareness for their chosen causes with prize-based fan campaigns, that founder Andrej Pančík sold to tech mogul Todd Wagner; KickResume which received support from the Slovak American Foundation to develop its activities in the United States; and the flying car company AeroMobil which is set to start sales in 2018, said Dzurovčinová.

The Slovak government supports innovative entrepreneurs amounting to more than €18 million through 2018 within the Concept for Supporting Startups and Startup Ecosystem in the Slovak Republic. However, Slovakia has begun to lag behind other countries in the region since the concept was first introduced, Dzurovčinová said. 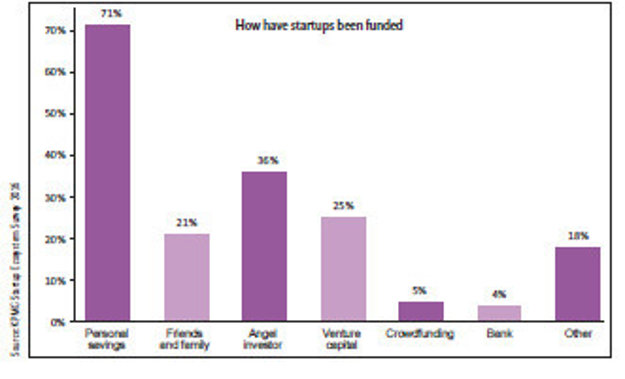 “As many as 14 EU countries now offer startup visas for businesses from third countries that Slovakia ratified but never implemented,” Dzurovčinová said.0020Also the EU’s system of Blue Card for employment of high-qualified workforce from third countries is optional and its practice in Slovakia would bring gains for the overheated labour market, she said. Business as well as access to specific forms of financing are supported by the Slovak Business Agency (SBA) as a common platform of the public and private sectors composed of representatives of the Economy Ministry, the Entrepreneurs Association of Slovakia and the Slovenský Živnostenský Zväz, an association representing self-employed trade and craft workers.

SBA organises an initiative called Startup Sharks to improve initial conditions for startups through the state budget in 2016.

From 2017, small entrepreneurs that operate in Slovakia will be able to hire a personal coach, get direct or indirect state support with less paperwork or find information about support schemes on one site. The government approved a new law on the promotion of small and medium sized enterprises (SMEs) in mid-October 2016 that defines startup, using specific EU terms, and requirements to get state support.

SAPIE considers the law a good step towards supporting SMEs which should help develop business culture, strengthen the environment and support innovation and new ventures. On the other hand, it is important to have a transparent selection process with experts from the ecosystem involved who understand the needs of startups in their development stage, Dzurovčinová said.

This new entity is an excellent initiative for companies where shares are often the only ‘currency’ to pay employees, according to Zámečník.

“While in the practical world we cannot determine clear barriers in the startup definition, from the legal point of view it was necessary to determine a definition which creates more favourable conditions for companies in search of the right markets for their innovative products,” Zámečník said. 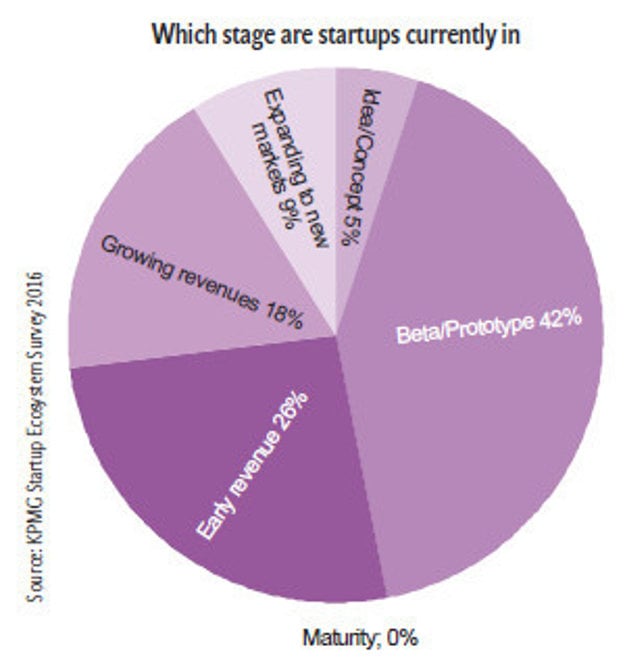 How to further improve?

The government should liberalise immigration rules for people from countries outside the EU, said Štefunko. In addition, the state should support initiatives that encourage startups as the private sector can more efficiently handle resources. The public sector should rather act as a catalyser of the startup ecosystem, not as competition, Zámečník said.

“It is a numbers game – the more projects arise or get support, the more successful companies we can create,” Zámečník said.

In Lithuania, the cabinet has sent a new measure to parliament defining startup tax at flat monthly amount of €252 per employee. The law also let startup employees enroll in a highly qualified workforce scheme where the government covers all social tax, and waives employee and corporate income tax for startups, according to Dzurovčinová.

“The Slovak government has in contrast announced an increase of health and social levies which will negatively affect high-income groups of people [who are] key for IT companies,” Dzurovčinová said.