The labour market faces several obstacles, including a lack of qualified workers and people wanting in basic working habits. 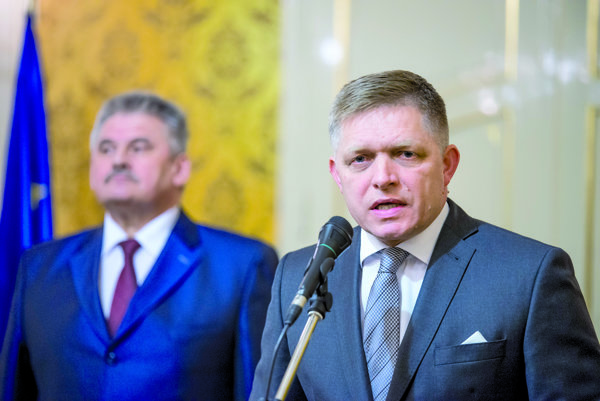 Crossing “magic thresholds” is part of the labour policy of the current government.

During its four-year tenure, the Labour Ministry wants to create 100,000 new jobs and reduce the unemployment rate to below the threshold of 10 percent; while the minimum wage should rise above the €500 threshold.

While the ministry highlights measures adopted in the previous election term to help people registered with labour offices for less than 12 months, employing people registered for longer periods still remains a challenge.

“The government will thus adopt measures to deal with long-term joblessness, focusing on an individual approach and the pro-active attitude of specific jobseekers,” reads the programme statement of the government.

Analyst with the Employment Institute Michal Páleník, however, questions the current activities to help the long-term unemployed, as well as the programmes aimed at helping the other disadvantaged groups among the jobless.

“Though there are certain measures, they are underfinanced, ineffective and erroneously prepared,” Páleník told The Slovak Spectator.

The Smer party had been talking about its aim to support the creation of 100,000 jobs even before the March 2016 general elections, as part of its third package of social measures. The promise also made it to the programme statement, with the government claiming that it will take into consideration the needs of employers, particularly in regard to the labour force.

It also pointed to the lack of qualified workers, which may pose a risk to the further growth of businesses.

“The main task will be the harmonisation of education with labour market needs,” reads the government manifesto.

The creation of new jobs will first of all depend on employers. Yet their opinions on the ministry’s plans differ. Current developments in the labour market indicate that some of them may actually be fulfilled, according to Martin Hošták of the National Union of Employers (RÚZ).

“There certainly is space for an increase in new jobs, but it is limited by the current policy of the government which limits the potential job creation with many (also recently approved) measures,” Hošták told The Slovak Spectator.

The Federation of Employers’ Associations (AZZZ) also points to the worsening business environment which is preventing the creation of 100,000 new and sustainable jobs by 2020. One of the problems is also the lack of qualified workers.

“There are no tools yet that would change the current state of things,” AZZZ’s spokesperson Miriam Špániková told The Slovak Spectator.

The Labour Ministry, however, expects nearly 50,000 new jobs to have been created in 2016, referring to the recent prognosis of the Institute of Financial Policy, the think tank of the Finance Ministry.

The registered jobless rate in Slovakia continued dropping in 2016, though it still has not fallen to pre-crisis levels. In September it amounted to 9.42 percent, the lowest since January 2009 when it stood at 9.03 percent. In absolute numbers, labour offices registered altogether 255,919 people ready to take a job immediately, according to the Central Office of Labour, Social Affairs and Family (ÚPSVaR).

The jobless rate calculated from the total number of unemployed was slightly higher. It amounted to 10.83 percent in September 2016, which accounts for 294,095 people, ÚPSVaR data suggest. The total number of jobless has dropped by 36,688 since the beginning of 2016, of which 7,126 were younger than 29 years of age and 25,119 were people without work for more than 12 months, Veronika Husárová of the Labour Ministry’s press department specified.

Employers agree that the main reason for the falling unemployment rate is the relatively good economic growth, as well as the increase in the number of new jobs thanks to new investments and stricter rules for registering the unemployed.

“The numbers may be distorted by seasonal work which has already finished, so we expect a slight increase in joblessness to pre-season levels,” Špániková said.

Focus on the long-term unemployed

The ministry, meanwhile, has launched six national programmes aimed at reducing the jobless rate. It expects to create some 90,000 new jobs, especially for people younger than 29 years of age, the long-term jobless and elderly people, Husárová said.

Yet Páleník criticises the measures, considering it “a waste of money”. He also criticises the approach of the government towards long-term unemployment, which is the highest in Košice and Banská Bystrica regions (nearly three-fifths of all unemployed people in these regions), according to ÚPSVaR data.

Compared with other countries, Slovakia has the second highest long-term joblessness, after Greece, said Poštová Banka analyst Jana Glasová, as reported by the TASR newswire in late September 2016.

The ministry, however, considers it a priority. One of the ways to reduce it, according to the ministry, is the adoption of action plans approved by the government for 12 districts with the highest number of the unemployed.

Another way is also to support the creation of social companies, for which the ministry is preparing an individual law.

“Thanks to them [social companies] we will create a mid-market, which means that the employees will learn basic work habits during the first year or two,” Husárová explained, “and they will then look for permanent employment, which will be easier for them as they will have certain work experience.”

Among the promises included in the government manifesto is also a continual increase in the minimum wage “to protect the dignity of labour”.

The sum is lower than the proposal of the Confederation of Trade Unions (KOZ), which wanted an increase to €442 a month, to “the fight against the phenomenon of working poverty in a way that it achieves 60 percent of the wage in national economy”, explained KOZ spokesperson Martina Nemethová.

Employers, however, see the increase as too high. They originally proposed to increase it only to €430 a month, but also to change the payroll tax deductions on health insurance and the coefficients of minimum wage claims, Hošták said.

Páleník also points to another problem: that the minimum wage does not apply to people working for the state. This concerns some 100,000 people, including those at activation works.

“The state should set an example and pay these people at least the minimum wage,” the analyst added.