The head of energy regulatory office resigned, angering the speaker of parliament. 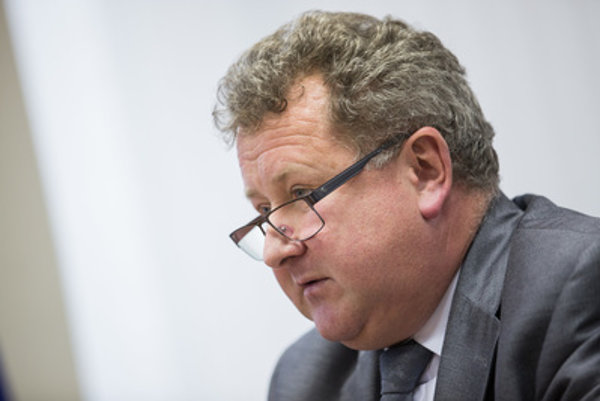 After a conflict, stemming from the allegedly arbitrary increase of electricity fees for end consumers by the Regulatory Office for Network Industries (ÚRSO), became politicized, its head Jozef Holjenčík announced his resignation on February 2 morning.

He was invited to parliament to explain his decision on increasing prices for access to electricity and gas networks, effectively leading to a leap in the end prices for final consumers as of January 1. Apart from the coalition Slovak National Party (SNS), several opposition parties have also demanded Holjenčík’s resignation. Governing Smer vice-chair Peter Pellegrini also conceded such an option.

But instead of reporting to parliament, the ÚRSO head met with Prime Minister Robert Fico to hand in his resignation, the TASR newswire reported. “I can inform that the head of this office announced to me as the head of the cabinet that he resigns from his position as ÚRSO chairman,” Fico said, as cited by TASR.

Speaker of Parliament and chairman of the coalition SNS party, Andrej Danko, said he had not known that Holjenčík met Fico on Thursday morning. He added he had not spoken to Fico for four days, with the reason being exactly the issue of ÚRSO. The speaker deemed it unprecedented that when the Slovak parliament calls on a top official to defend his actions and steps, he dares to send a letter at the last minute claiming “as an individual, independent person, I consider it inappropriate for the chairman of the ÚRSO to participate in the parliamentary session”, the SITA newswire cited.

Now, Holjenčík has to send a letter of resignation also to President Andrej Kiska, who will accept it. The government will propose a candidate for the ÚRSO head to the president. In the meantime, the office will be led by vice-chair Miroslav Čelinský who will secure its full functionality, SITA quoted Fico as having said.

The PM has refused to suggest who could replace Holjenčík, arguing that the “president is not a mere postman in this instance; he appoints and recalls officials, according to the law, and this means he has a certain space for free consideration”, Fico said, according to SITA. “Thus, this will probably require some discussion between the cabinet and the president to find a suitable candidate.”

The issue of a new head for the regulatory office has evoked many ideas and suggestions, with opposition parties coming up with a proposal to find an apt candidate.

The ÚRSO is, according to the law, an independent body and its head can be recalled only under circumstances specified in the law on regulation of network industries; this would apply, for example, if he were sentenced for a crime, or didn't act independently. Holjenčík was appointed by the first cabinet of Robert Fico, in 2007.