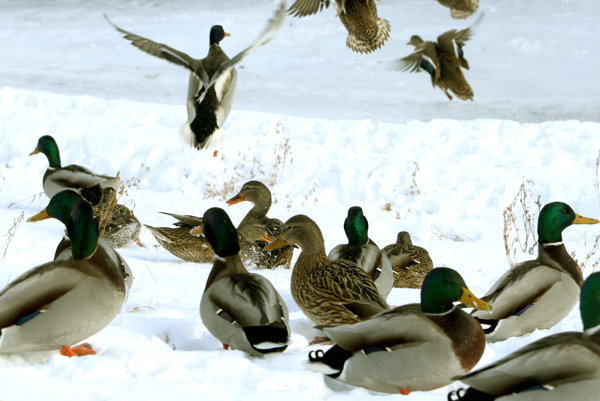 More than 200 ornithologists counted birds on more than 2,000 kilometres of rivers and water areas. Preliminary results showed that the lower number of birds overwintering in Slovakia will be because of unusual long-standing below-freezing temperatures.

However, the number of resistant bird species is bigger.

“Such a winter as we had when counting the birds hadn’t happened in January for a long time. Some of the areas, where birds stayed in the last number of years, were totally frozen – parts of the rivers Váh, Hron, the bay of the Danube and the majority of water areas,” said Jozef Ridzoň, manager of SOS/BirdLife Slovakia, for the TASR newswire.

“As a result, the number of tufted ducks dropped several fold. In previous years, the place where they overwinter on the Danube belongs to the most significant in central Europe,” Ridzoň explained for TASR.

This winter is brutal for birds, according to the ornithologists. Several species the water birds flew away from Slovakia. 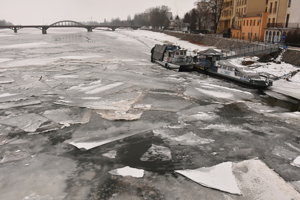 “At the last several areas that are still not frozen over are crowds of big flocks of water birds. They are sharing the last food sources, and we noted the natural mortality at the some of them,” said the spokesman of SOS/BirdLife Slovakia Ján Gúgh for TASR.

Swans, for example, are susceptible to illness in hard conditions, and ornithologists reported every suspicious discovery to the Veterinary Administration.

The higher number of species was found at these areas with open water are birds which waiting to see if their overwintering place will freeze at the very last moment.

“When there is a hard winter, the number of goosanders grows. The rivers in Poland where they overwinter froze and goosanders fly over the Karpaty to Slovakia’s unfrozen water areas at Liptov and Orava,” stated the coordinator of the counting event, Michal Baláž, for TASR.

“People could feel that the number of birds grew, but in fact, it is just a bigger concentration of birds on the last unfrozen areas,” summed up Baláž for TASR.