One smart bench is at Primaciálne námestie and the second one at Kramáre. 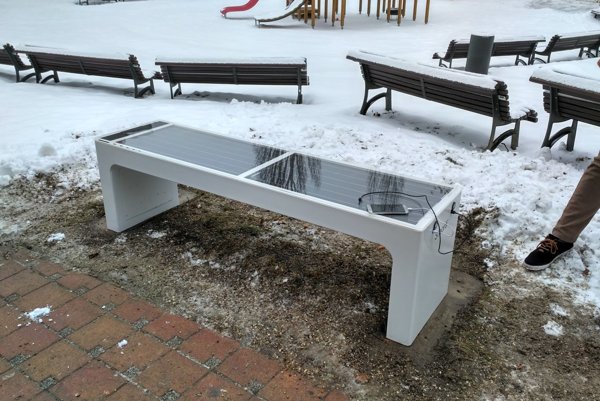 A discharged mobile phone should be not a problem any more, at least at the Primaciálne námestie in Bratislava and the Jahodná playground at Kramáre in Nové Mesto. The first two smart benches in the country were installed at these places in early February. They can charge mobiles, via a USB cable or without, offer a free wi-fi connection and collect information about the air. They also collect data about how many people use them. They are charged via solar panels and, of course, people can sit on them.

“Bratislava is becoming a modern European metropolis,” said Bratislava Mayor Ivo Nesrovnal on February 1 when the bench at Primaciálne námestie was introduced. “Our vision is to make Bratislava a smart city – not only in the fields of infrastructure, lighting, electronisation of services but also urbanism.” 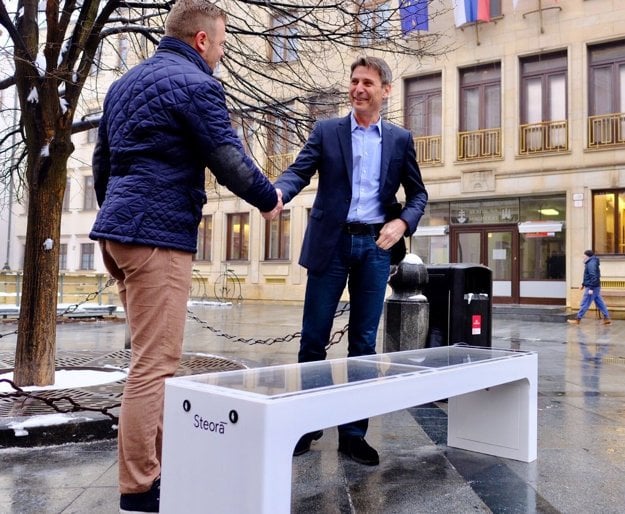 "Our plan was to manufacture a smart product which helped to save the environment," said Igor Salopek of Power Mode. "We want the bench to serve and help its users in moments when they need it, either when they need to re-charge their mobile phone or connect to the internet free of charge."

The benches are under testing for now. One costs about €3,000 and the company Power Mode has lent them free of charge for three months. After this period and consideration of their experiences, Bratislava city council and the Nové Mesto borough that operates the bench at Kramáre will decide whether they will keep them or buy more.

The benches were introduced at Primaciálne námestie and at Kramáre on the same day, February 1 but at different times. The city council and the Nové Mesto council did not know about each other's plans. In spite of this Nové Mesto Mayor Rudolf Kusý believes it does not matter who was first and that Nové Mesto is not competing with the Bratislava city council.

“The important thing is that people like this innovation and use it,” said Kusý. “I would like to see more such novelties in Nové Mesto.”